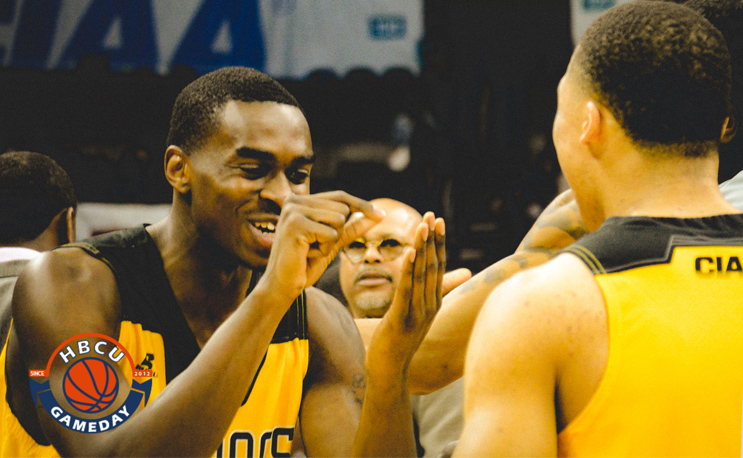 Saturday’s exhibition will be fun and tough outing for Bulldogs.

Football is at the center of our attention as conference championships, playoff berths, and Celebration Bowl aspirations are on the line this Saturday. But there’s also basketball on Saturday, as Bowie State, the reigning CIAA basketball champs are taking on the number one ranked Duke Blue Devils. This is an exhibition game that won’t count, but don’t tell Bowie State it doesn’t mean anything.

What are the Bulldogs Chances?

Now am I here to tell you that the Bulldogs are going to upset the number one team in the country with top NBA prospect Marvin Bagley? No, I am not, it would be foolish and biased (I attend BSU) to say that. The Bulldogs chances are slim to none, BUT stranger things have happened before. I did try to warn you guys about Howard and their gogo offense before the rest of the world found out! This is basketball though right? Two different sports!

We’re only 2 days away from our exhibition matchup against Number 1 ranked Duke on Saturday #BeatDuke #ThatsWhyWePlayTheGame 🏀🏀💪🏾 pic.twitter.com/BOPC84oHB2

When the Boston Celtics beat the Los Angeles Lakers in the first year of the Kevin Garnett era, “KG” made the infamous statement screaming “ANYTHING IS POSSIBLE!” After last season, BSU has to know that’s true.

Last season they entered the CIAA tournament as the fourth seed in the Northern Division, but they pulled off one of the greatest runs in recent CIAA history behind guard Ahmaad Wilson who is back for his senior season. Wilson was the CIAA tournament and championship game MVP, despite not being selected All-Conference during the regular season.

Returning along with Wilson is the team captain and senior point guard, Dayshawn Wells.

“This year we’re prepared for the target on our back and just trying to make another run at the ‘ship. It’s my job as captain to get the guys ready for this run,” said Wells.

Strength and conditioning and assistant coach Chris Istavan believes that Bowie State, even though they are young, have enough senior leadership to get them through the season and make another run at the CIAA title and possibly more.

“We have great senior leadership, each senior plays their own role to ensure team success. However, sophomore transfer Saiquan Brown has emerged as a leader this offseason. Vocally and physically inside the weight room, he is a guy to follow this year,” said Istavan.

The Number One Team In The Country

Now winning the CIAA tournament and playing against the number one team in the country is two different things. A team filled with NBA prospects like Bagley, Grayson Allen, the Duke Blue Devil everyone loves to hate, and all of their McDonalds All-Americans is going to be a tough task to any team! One thing about HBCUs, however, we all love to get that chance to prove to the bigger schools what we’re made of. This is that opportunity for the reigning CIAA champions to make their mark and show the world that there is some basketball in HBCU world! Expect Bowie State to come out with some fight on Saturday against the Duke.