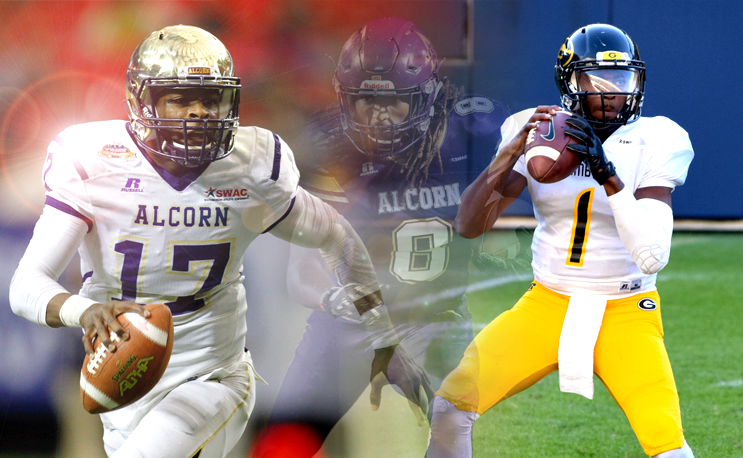 Will this be a preview of the final SWAC Championship Game?

Alcorn vs Grambling is a game most SWAC fans had circled on their proverbial calendar at the start of the season.  These two teams have met in the SWAC Championship

game for the last two seasons, splitting wins between one another.

This year’s regular season matchup will be played in Grambling, as the Braves have to make the 150 mile trip along Interstate 20.  Both teams are undefeated in conference play and both enter Saturday’s game riding four-game winning streaks.

What Alcorn does well

Alcorn has wreaked havoc on opponents with their read option run attack.  De’Lance Turner leads the SWAC and all of FCS football with 788 rushing yards, an average of 112 per game.  Lenorris Footman is the fifth leading rusher in the SWAC at 60 yards per game and leads the conference in passing at 210 yards per game.  Nyema Washington, a former Bowie State quarterback and HBCU Gameday contributor, explains in this video why Alcorn’s read option is so effective.

The case for Grambling

Grambling is right behind Alcorn’s “Foot Clan” in both passing and rushing.  Martez Carter is the second leading rusher in the conference and Devante Kincade trails only Footman as the top passer in the SWAC.   Alcorn as a team is just a tick better offensively, 31 points per game compared to Grambling’s 29.3 per game. But Grambling gets the

slight edge on team defense, allowing just 20.2 points per game, compared to Alcorn’s 21.6 points allowed.  De’Arius Christmas might play Grinch to Alcorn’s running attack however, the senior linebacker is tied for ninth in the FCS with 10.5 tackles for a loss.

Alcorn vs Grambling may be the closest thing to a pick ’em game we’ll see all season long.  Both head coaches spoke about the matchup this week and all they could offer up was the idea that it’s going to be a tough matchup for both teams.  You can hear Grambling Coach Broderick Fobbs and Alcorn Coach Fred McNair at the 50-minute mark of this week’s podcast.

The kick-off for Saturday’s game is set for 2pm (CST) and can be seen live on the SWAC Digital Network.