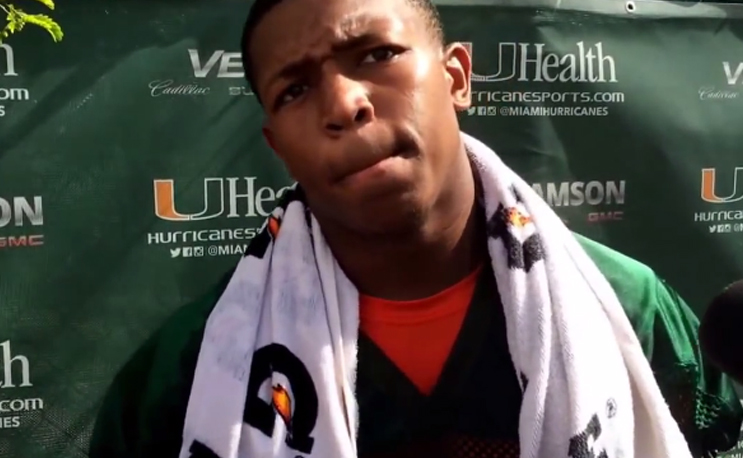 The son of the NFL legend appears headed for Va. Union.

Division II football rosters are often elusive to locate, even through early August. A famous name with a controversial past just showed up on Virginia Union’s football roster.

There is a junior defensive back on VUU’s roster named Ray Lewis III, hailing from Longwood, FL. That is the same name and hometown of the former Miami and Coastal Carolina defensive back who happens to be the son of NFL legend Ray Lewis.

Lewis III was charged with sexual assault in January 2016 while attending CCU after transferring from Miami, where his father was a college star before going to the NFL. The charges were eventually dropped this summer by officials in South Carolina after his accuser’s story was found to have inconsistencies and sending messages to others about suing his family for “a lot of money.”

“The events of the past year and a half was an unfathomable and disheartening situation for our family,” his mother Tatyana McCall said via the Orlando Sentinel. “When accusations of that magnitude are alleged, the impact is far reaching, irreparable and life changing. Ray Lewis III maintained his innocence throughout the process, and fully cooperated to clear his name and reputation of any criminal wrongdoing.

Lewis played mostly special teams at CCU, returning 12 kickoffs for 161 yards and will apparently have two years of eligibility remaining.

VUU went 5-5 in 2016, and was predicted to finish third in the CIAA North this season.