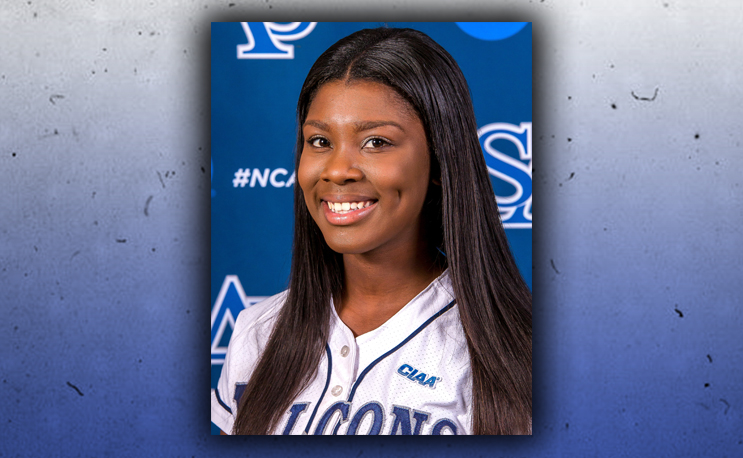 Few freshmen had a better season than August, who averaged 0.33 triples per game. She ranked fourth nationally in total triples (10) for a team which led the nation in triples per game (0.97). For the season, the Lady Falcons amassed 29 triples, establishing themselves as one of the top hitting squads in 2017. They ranked fourth nationally in several categories including batting average (.356), scoring (7.4) and doubles per game (1.9). The Lady Falcons, led by veteran Head Coach Dot Neal, also ranked fifth in slugging percentage (.553) and 22nd in on-base percentage (.400).

The team honor is the second for the Lady Falcons this year. In May, they were co-winners of the CIAA Softball Team Highest Grade Point Average Award.

In the CIAA, McPhaul ranked second (.429) and Haili Pettifer (Rising Sr./Langley, British Columbia) ranked fourth (.418) in batting average. Haley Sessoms (Rising So./Kenansville, NC) and McPhaul ranked fourth (.696) and fifth (.688), respectively, in slugging percentage for the Lady Falcons, who posted a 16-14 overall record including an 11-4 CIAA mark. They placed second in the league’s Southern Division at 7-3.

Plaques will be sent to August and Saint Augustine’s University in the coming months. To see the complete lists of Division II individual and team statistics, go to NCAA.org or NCAA.com.