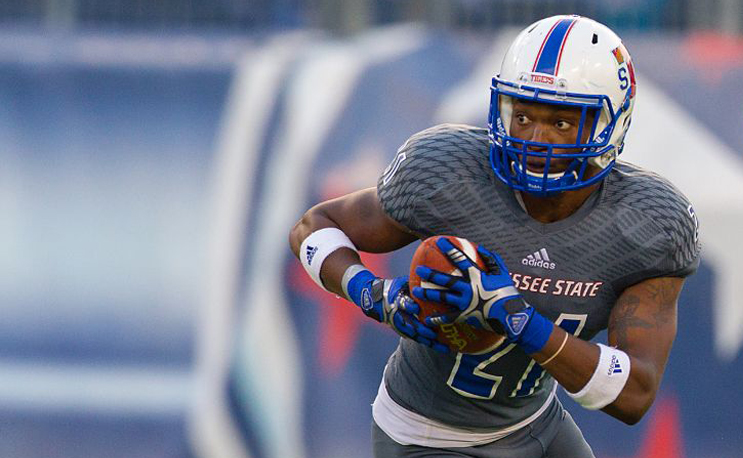 The Tennessee State football program announced Monday that it has added an FBS game to their 2019 season.

NASHVILLE – The Tennessee State football program announced Monday that it has added an FBS game to their 2019 season.

The game is scheduled for Sept. 7 against Middle Tennessee at Johnny “Red” Floyd Stadium in Murfreesboro, Tenn. and marks the fourth consecutive year the Tigers will play a Football Bowl Subdivision (FBS) opponent. TSU faced off with Vanderbilt in 2016 and will take on the Commodores once again in 2018. The Big Blue will open the 2017 campaign at Georgia State on Aug. 31.

“I am very excited for what I believe will be a fantastic match-up,” Tennessee State Director of Athletics Teresa Phillips said. “We are looking forward to the opportunity, which is great for our university, our alumni and our football program. We love playing local teams and know the energy surrounding this game will make it exciting for our fan base.”

The two teams last played in 1998 when MT was a member of the Ohio Valley Conference, with the Blue Raiders winning 28-27 in Murfreesboro. The Tigers last win over Middle Tennessee came a year earlier in a 25-16 decision at Hale Stadium. TSU and MT have played 19 times, with the opponents from the south holding a 10-9 advantage.

“Hopefully we can continue to play Middle Tennessee again in the coming years,” Phillips commented. “We are discussing the possibility of bringing the game to Nissan Stadium in the near future.”