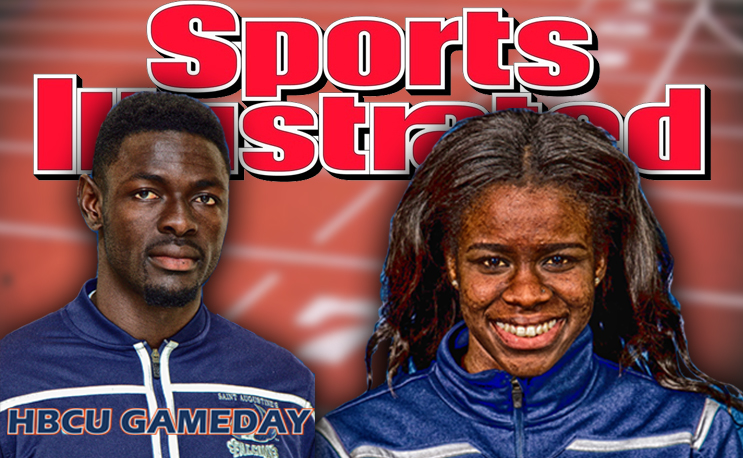 RALEIGH, N.C. – Standout hurdlers Tia-Adana Belle (Sr./St. George, Barbados) and Shawn Rowe (Graduate/West Palm Beach, FL) of Saint Augustine’s University (SAU) are featured in the June 19 issue of Sports Illustrated magazine. They are in the Faces In The Crowd section on page 28.

Faces In The Crowd honors the best up-and-coming amateur athletes from around the country. The June 19 issue with NBA star Kevin Durant on the cover is available in newsstands and in subscribers’ mailboxes.

Both Belle and Rowe were recognized for their exploits at the NCAA Division II Outdoor Track and Field Championships in May. Belle set the NCAA DII record (55.42) in winning her third straight 400-meter hurdles national title. Rowe won the 400-meter hurdles national crown (49.42) to spark the Falcons to their fifth straight men’s national championship. He placed second in the 110-meter hurdles and helped the Falcons win the 4×400-meter relay national title. Belle and Rowe are the first SAU student-athletes to appear in Sports Illustrated’s Faces In The Crowd since 2010.