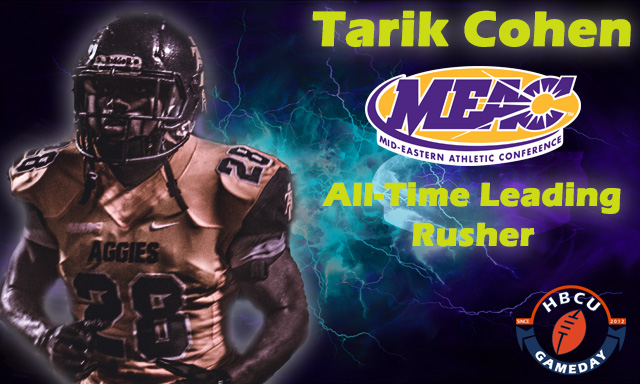 Tarik Cohen has been breaking records since he arrived at North Carolina A&T and he picked up a big one on Thursday night.

.@_Twenty8_ with the record pic.twitter.com/0Woxx5jfNk

Cohen entered the game with 4,501 yards in his first 38 career games, needing 172 to break Ford’s record. He is now fifth all-time in rushing yards among running backs from HBCUs, according to The Black College Sports Page. Former Winston-Salem State running back Richard Huntley’s 6,286 yards remains the standard there.

Check out the full highlights from the game here: