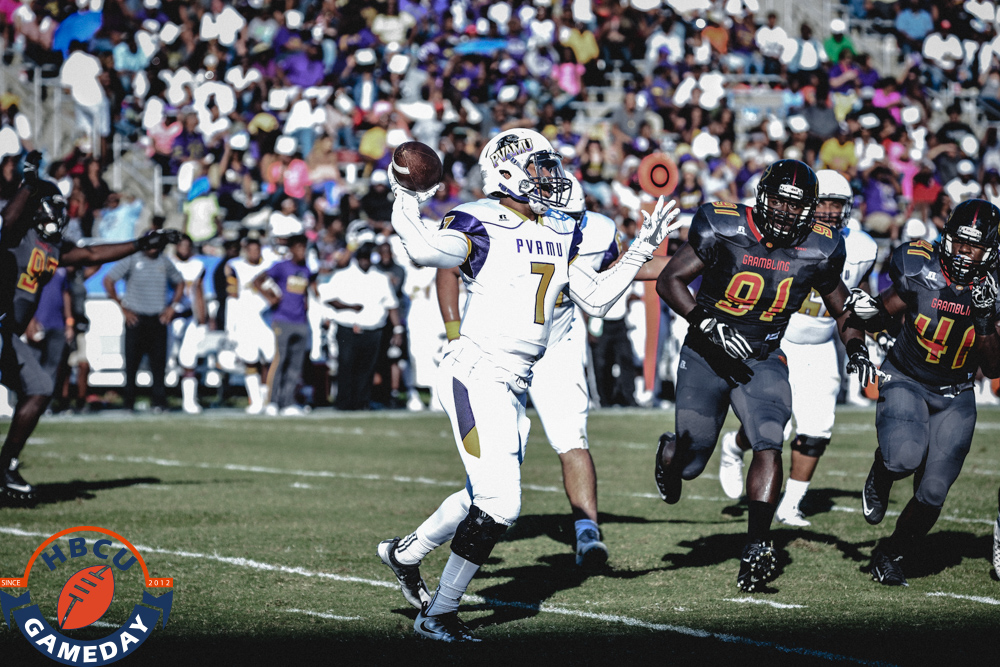 This time a year ago, folks at Prairie View were wondering who would replace Jerry Lovelock at quarterback. It turned out to be Green, and the team couldn’t have asked for better results. Green threw for more than 300 yards three times last season, including a season-high 414 against Grambling. He threw for 2,612 yards, completing 58.8 percent of his passes to go along with and 21 touchdowns to just 3 interceptions. He also scored seven times on the ground while helping lead the team to a 9-2 finish.

Footman started last year on the bench behind All-SWAC quarterback John Gibbs. But an injury to Gibbs on Oct. 31 against Southern gave Footman an opening and he literally ran through it, rushing for 275 yards and four scores. Footman would go on to break the 100 yard mark four times in the last seven games, rushing for 220 the very next week against Prarie View, and finish with 1,023 yards and 11 touchdowns on the season.

But being a quarterback involves passing and that was iffy as Alcorn State defended its SWAC title and made a Celebration Bowl experience. Footman completed less than 40 percent of his passes in three of the last seven games, including just 38.7 percent in the Celebration Bowl where he had the ball inside his own 10-yard line with the game on the line. He threw more touchdowns than interceptions, though (14 to 4) and if he can continue to improve his accuracy–watch out.

Howard followed a promising freshman season up with a solid sophomore campaign, completing a league-high 65.4 percent of his pass attempts on the season and throwing for 16 touchdowns to just four interceptions. The team took a step back, though, missing the SWAC Championship Game for the first time in three seasons. Luckily he comes back to a team with offensive weapons like Lenard Tillery and Willie Quinn, which means the Southern offense will be one to give defensive coordinators headaches all year.

Ivy topped this list last year, but injuries and and another disappointing year knocked him down a few notches. When he’s healthy he’s arguably the best pocket passer in the SWAC, throwing for better than 300 yards in four of the eight games he played in last year while completing better than 60 percent of his passes. If he stays healthy and holds on to the job, he’ll be another QB worth watching.

Kincade was a relatively-highly recruited player coming out of high school in Dallas, but never managed to take hold of the Ole Miss job. His numbers were decent for the little playing time he got, and Grambling’s offense has been very prolific since Broderick Fobbs took over the program in 2014, so there’s no reason to think he won’t be among the SWAC elite in 2016. Especially with All-Everything receiver Chad Williams coming back for his junior season.