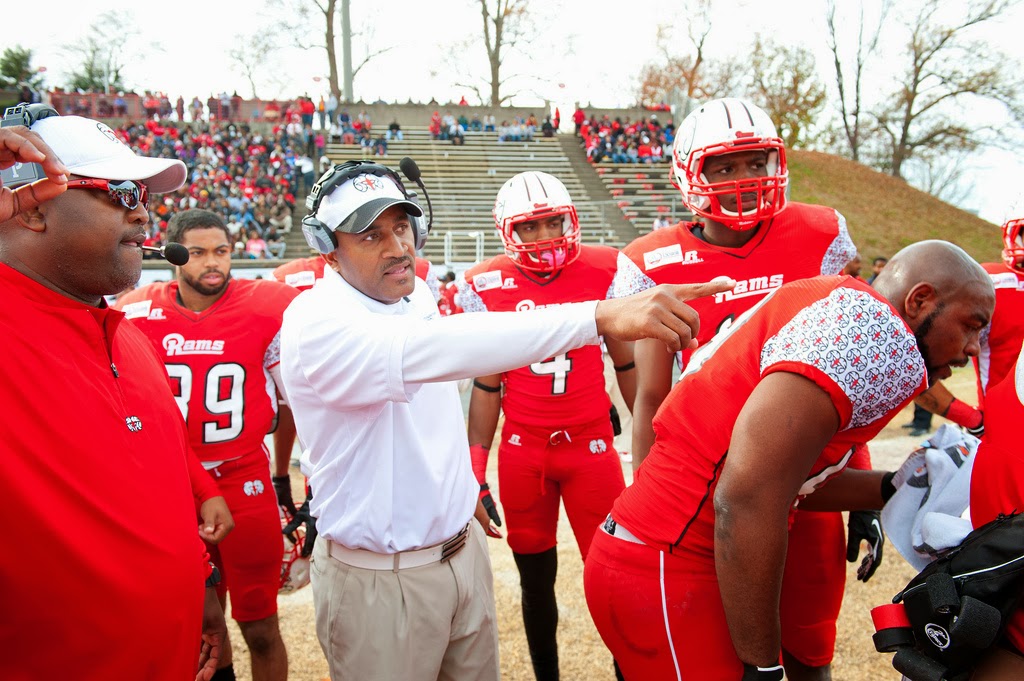 It’s only been a few hours since it was announced that Doug Williams is out as Grambling State’s head coach, but already rumors are circling as to who the school will hire to replace him. One coach has already stated he’s not interested in the job is Rod Broadway, the predecessor to Doug Williams at Grambling and currently coach at NC A&T. With Broadway out of contention, here are three names we think could be possibilities for Grambling.

//platform.twitter.com/widgets.js This is the high-risk name on the list, but likely the most attainable. Frazier was dismissed from North Carolina Central last month after his second domestic-dispute related arrest in under 18 months. He is also currently involved fighting to regain his position at NCCU.

Despite all of that, Frazier is still a talented coach with a track record of rebuilding programs. Frazier turned Bowie State into a contender in the CIAA before lifting Grambling’s SWAC rival Prairie View to respectability, no small task. He was working on doing the same thing at NCCU before his dismissal, helping the Eagles to a 6-5 record, its first winning season since moving to Division I in 2007. Frazier is the most available name on this list as he isn’t currently coaching, though it is likely Grambling will stay put until the season ends.

//platform.twitter.com/widgets.js
Arguably the hottest coach in black college football, it would be a shock if you didn’t hear Connell Maynor’s name mentioned for the Grambling job. Maynor has turned around a Winston-Salem State program that was limping back from a Division I attempt and molded it into a Division II power. Winston-Salem State is the two-time defending Black College Football national champion, and has a record of 35-5 since he took over in 2010.

Maynor has stated several times since his arrival at WSSU that he wants to win a national title. That would be impossible at Grambling as the SWAC does not participate in the FCS playoffs. Still, you get the sense that Maynor wants to be one of the legends of HBCU football, and turning around Grambling after the last few seasons would definitely solidify that. He’s youthful, charismatic and has a big-time offensive football attitude.

Karma came back to bite us in the butt for what we did to who I feel is the BEST coach in black college football… ROD BROADWAY!!!
— Bryan Williams (@Mr_Williams2U) September 11, 2013

Jenkins is currently in his fourth season at Bethune-Cookman, and he’s been pretty successful so far. Last week’s win over Virginia Union gives him a record of 29-8 in three seasons at BCU. Coming off a MEAC championship and with his Wildcats currently the only HBCU listed in the FCS rankings, you wouldn’t think Jenkins would look to make a move to a school in the SWAC. But Jenkins was a finalist for the Southern job last year, so it’s not exactly out of the realm of possibility. That said, it’d have to be a pretty sweet deal to coax him to Grambling from Daytona.