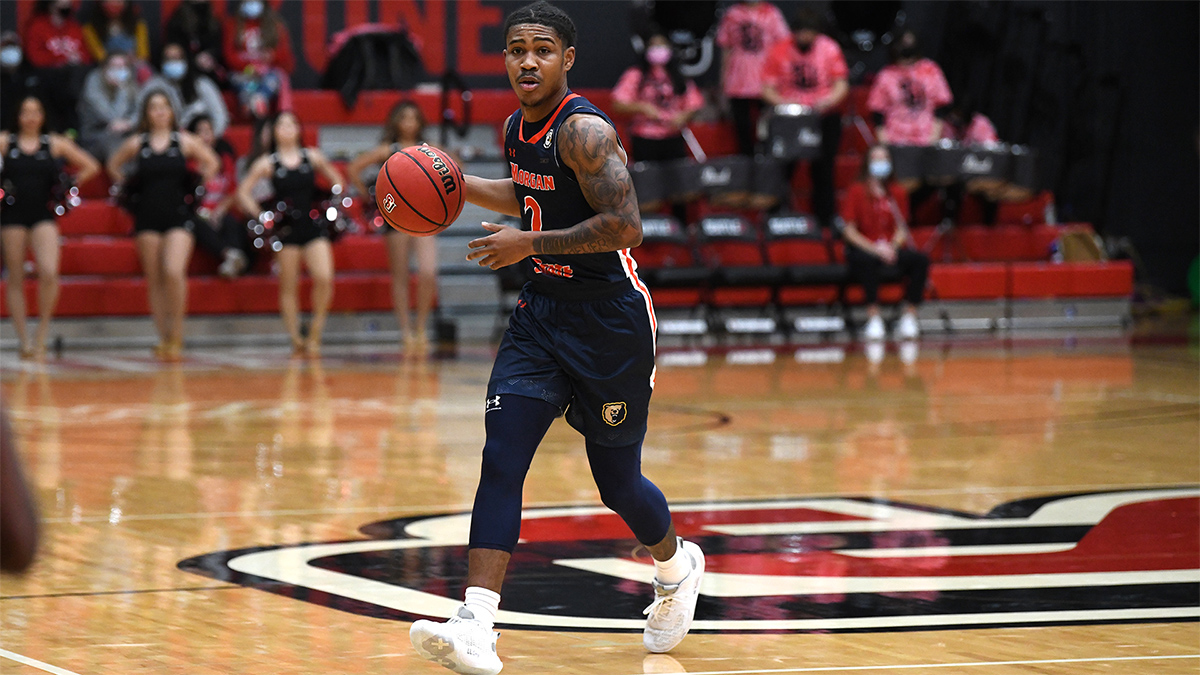 BALTIMORE, Md. – Norfolk State couldn’t overcome a significant early deficit on Tuesday against Morgan State, falling 77-71 at the Hill Field House. NSU dropped to 13-7 on the season with the loss, and 3-2 in the MEAC.

The Spartans finished the night 0-of-13 on 3-pointers, while Morgan State connected on 12 shots from behind the arc. It marked Norfolk State’s worst shooting night from deep since going 0-17 against South Carolina State on Jan. 25, 2010, and broke a streak of 424 consecutive games with at least one made 3-pointer.

While the Spartans couldn’t muster any shooting luck, Morgan State came out of the gate on fire from deep, senior guard Isaiah Burke in particular. Burke knocked down four 3-pointers in the game’s first seven minutes.

Morgan State jumped out to an 14-0 lead, with Norfolk State scoring its first points at the 15:12 mark of the first half. Burke’s fourth deep ball of the day pushed the Bears ahead 23-6, its largest lead of the night.

Back-to-back dunks by Bankston and Chambers helped the Spartans halt the overwhelming momentum, before Chambers cut the deficit to single digits a few minutes later with another rim-rocking slam.

Bears center Ty Horner got a layup to fall in the first half’s final minute, sending the Bears to the break with a 37-25 advantage. It marked the Spartans’ first time trailing at halftime since their loss to Nevada on Dec. 21.

NSU flipped the switch in the second half, coming out with speed and aggression to force multiple turnovers on the defensive end. Bankston and Chambers each provided two-handed slams once again, forcing a Morgan State timeout.

The Spartans came within two points of MSU when Terrance Jones knocked down a mid-range jumper to cap off an 8-0 run, but Rob Lawson knocked down a 3-pointer to extinguish the momentum the very next possession.

Making his first start of the season, and second of his collegiate career, Jones swatted an opposing shot into the stands just a few minutes later. The sophomore guard finished the night with nine points and four rebounds, logging 29 minutes without committing a turnover.

But Morgan State’s Kamron Hobbs continued to supply big shots, hitting two crucial 3-pointers to keep NSU from pulling within one possession. Will Thomas hit a 3-pointer to extend the Bears lead to double-digits with under four minutes on the clock, as the Bears held on for their 11th straight home victory.

The Spartans look to bounce back at home on Saturday against South Carolina State at 4 p.m., before hosting North Carolina Central that Monday in another nationally televised game on ESPNU.