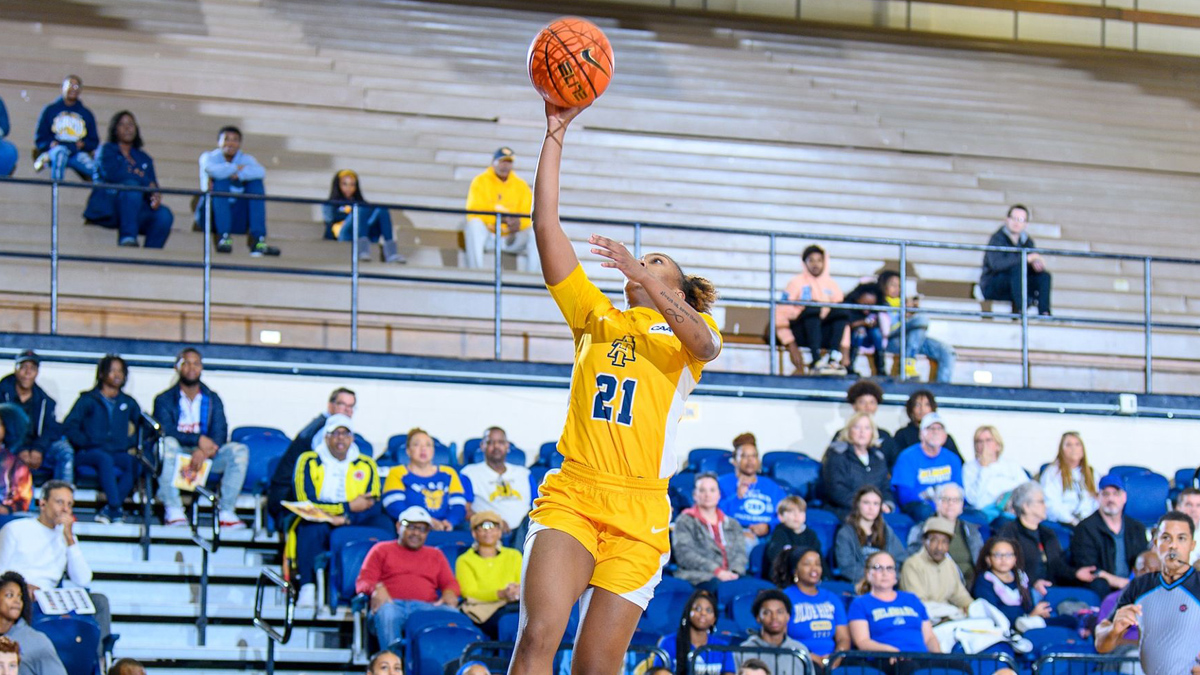 North Carolina A&T finally ran out of gas in the CAA, falling to Delaware at home on Sunday.

Delaware snapped North Carolina A&T’s six-game win streak in commanding fashion on Sunday afternoon, handing it a 69-52 loss at Corbett Sports Center. The Blue Hens had the upper hand in this one, leading by as much as 23 points.

Kharis Idom scored 18 points and grabbed five rebounds to lead the way for Delaware. It wasn’t just Idom though, the Blue Hens’ offense was humming on all cylinders, pouring in 1.06 points per possession on 44% shooting from the field. They clearly placed an emphasis on putting up deep shots, knocking down 12-of-22 three-point attempts.

Jazmin Harris recorded 12 points and five rebounds, and Jordyn Dorsey added another 11 points to lead NC A&T. As a team, the Aggies struggled to get things going offensively, scoring just 0.77 points per possession on 29% shooting from the field. It was a tough day from three-point range. The team’s shooters combined to go just 4-of-26 from deep.

Delaware’s record improved to 10-6 with the win. A Jan. 21 conference clash with Towson is the Blue Hens’ next test. On the other side, NC A&T suffered its first loss in conference play this season. Its next chance at a win is on Jan. 20 against Stony Brook.