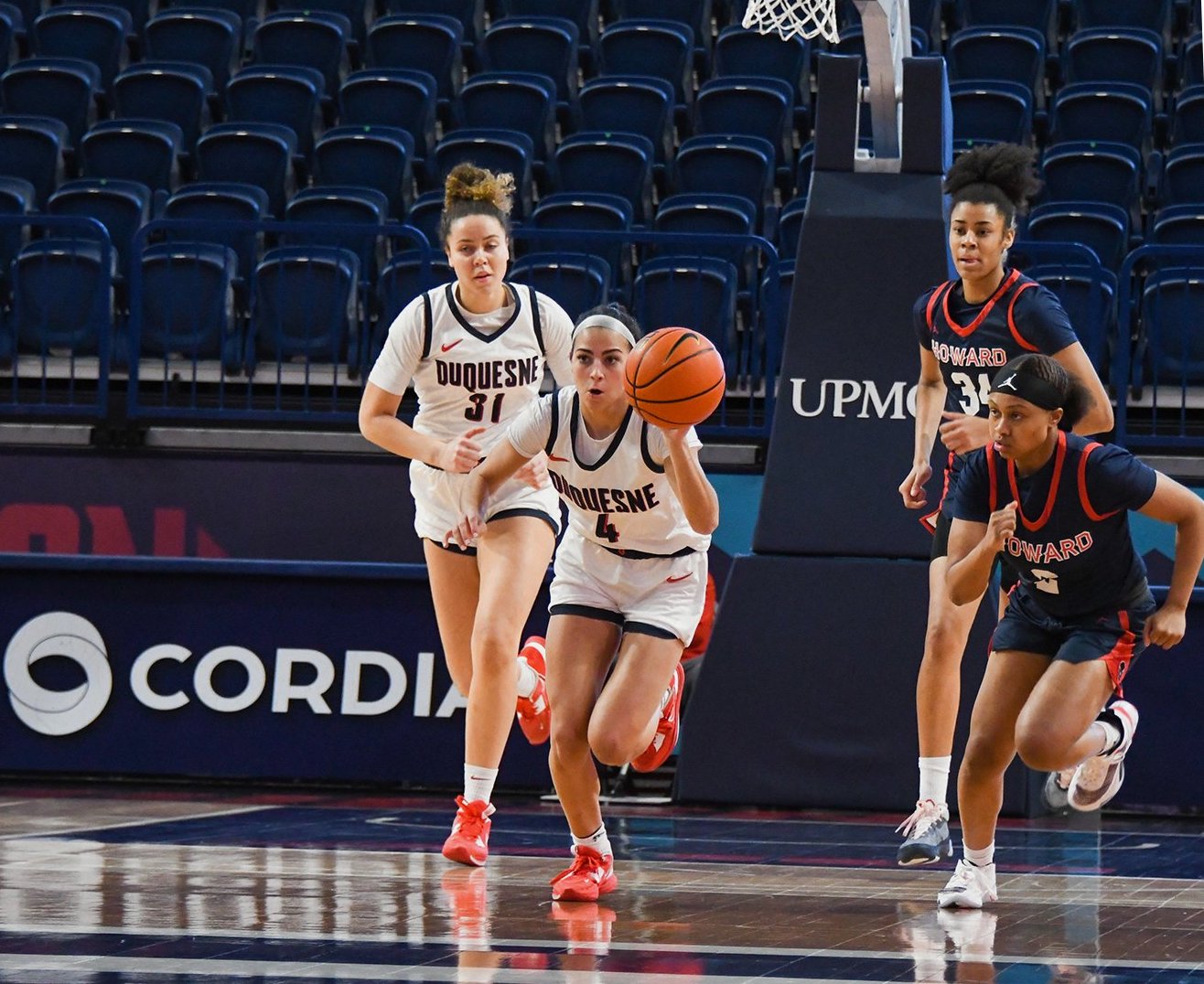 Duquesne gave Howard their fourth consecutive loss in a 68-55 contest at UPMC Cooper Fieldhouse on Wednesday afternoon. The Lady Dukes went into halftime with a 20-point lead. Despite being outscored 34-27 in the second half, they were able to fend off the Lady Bisons and hold on for the win.

Tess Myers scored 21 points and grabbed six rebounds to lead the way for Duquesne. As a team, the Lady Dukes shot 40% from the field, 40% from behind the arc, and 56% from the free throw line. The advanced stats told a similar story, as the team put up 0.98 points per possession on 52% true shooting.

Aziah Hudson scored 19 points while Brooklyn Fort-Davis added another 17 to lead the way for Howard. As a team, the Bison struggled to get things going offensively, scoring just 0.81 points per possession on 31% shooting from the field. They were heavily challenged near the hoop, going just 6-of-16 on field goal attempts in the paint.

Today’s win was the latest for Duquesne, who took down Cornell in its last game. A December 31 conference clash with Rhode Island is the Dukes’ next test. On the other side, this afternoon’s result was a letdown for Howard. The team was hoping to rebound from its last loss against North Texas. Its next chance at a win is on December 28 against Virginia Commonwealth.