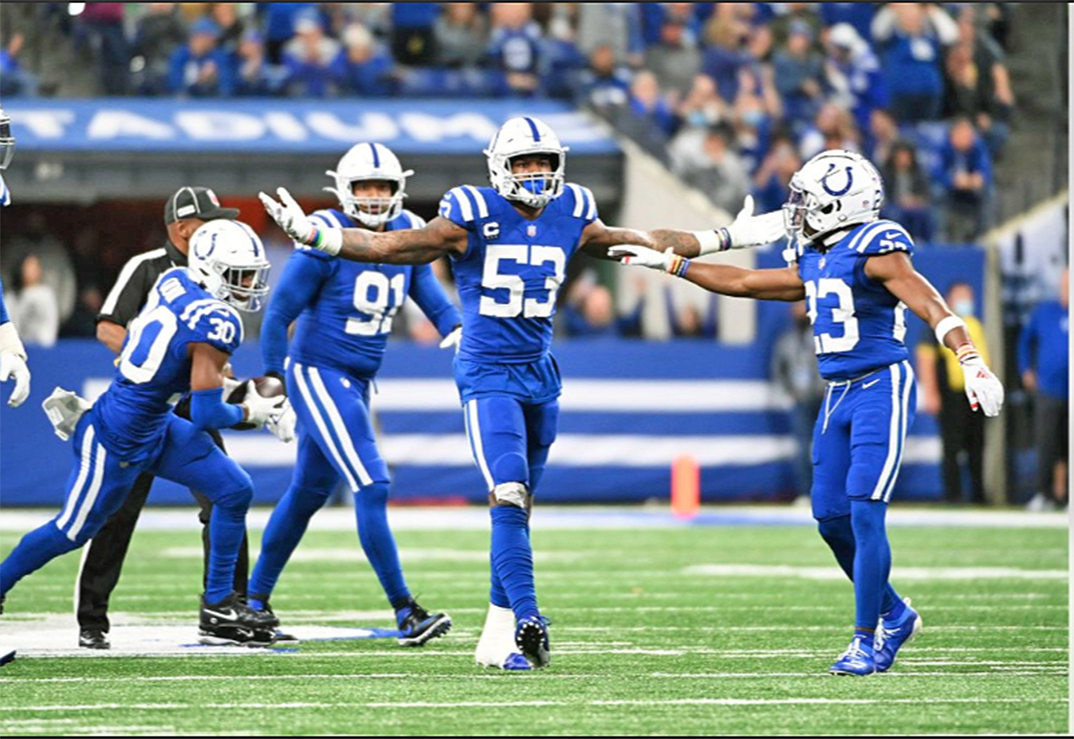 Indianpolis Colts all-pro linebacker Darius Leonard made history with his performance this week and was also unexpectedly fined. What gives? Check out Leonard’s and all the other HBCU NFL players performances in this week’s HBCU NFL ProFile below.

It was tough sledding for some HBCU NFL performers this week. On the offensive side of the ball, the teams of all four starting offensive lineman suffered losses.

Leonard, the fourth-year perennial all-pro out of South Carolina State was his usual destructive self on defense. He totalled seven tackles and a forced fumble in the Colts’ 45-31 win over the New York Jets Thursday night.

Leonard has been labelled “The Playmaker” and “The Maniac” for the insane number of plays he makes on defense. But you can add “History Maker” to that title now.

Leonard became the first player in NFL history to record four forced fumbles, three fumble recoveries and two interceptions. He is the first to do it in the first nine games to begin a season.

He is currently tied for the NFL lead with four forced fumbles. Leonard is also tied for 17th in the NFL with 67 total tackles, 40 solo tackles and 27 assists. He had a season-high 12 tackles in a tough 31-25 loss to Baltimore on a Monday night game on Oct. 11.

Currently the highest paid linebackeri in the NFL, Leonard’s production is putting him in the conversation for the Defensive Player of the Year award. Leonard signed a five-year deal for $99.2 million with $52.5 million guaranteed in August. The deal keeps Leonard with the Colts through his age-31 season. He is set to become a free agent in 2027.

Lighter in the pocket

Leonard also took to Twitter this week to say the NFL fined him for “showing too much skin.” He’s dumbfounded. He says he’s worn “the same uniform the exact same way” for all four years of his career.

Don’t be surprised if Leonard appeals this fine to the league.

It’s interesting to note that there are now four HBCU NFL linemen in starting positions in the league.

New Orleans Saints nine-year veteran Terron Armstead out of Arkansas-Pine Bluff is the veteran of the group. The three-time Pro Bowler has been starting since midway through his rookie season in 2013.

Former N. C. A&T offensive tackle Brandon Parker became a starter three games ago for the Las Vegas Raiders and has performed well. Parker was picked in the third round of the 2018 draft by the Raiders.

Trent Scott is now the starting right guard for the Carolina Panthers. Scott was signed as a free agent offensive tackle out of Grambling State in 2018 (by the LA Chargers).

BCSP NFL PLAYERS OF THE WEEK

– #72 TERRON ARMSTEAD, OT, New Orleans (9th season, ARKANSAS-PINE BLUFF) – Started at left tackle in the Saints’ 27-25 loss to Atlantas. New Orleans rushed for 108 yards and passed for 282 yards. New Orleans QBs were sacked just once. Armastead was in on all 76 offensive plays (100%) and did not play on special teams.