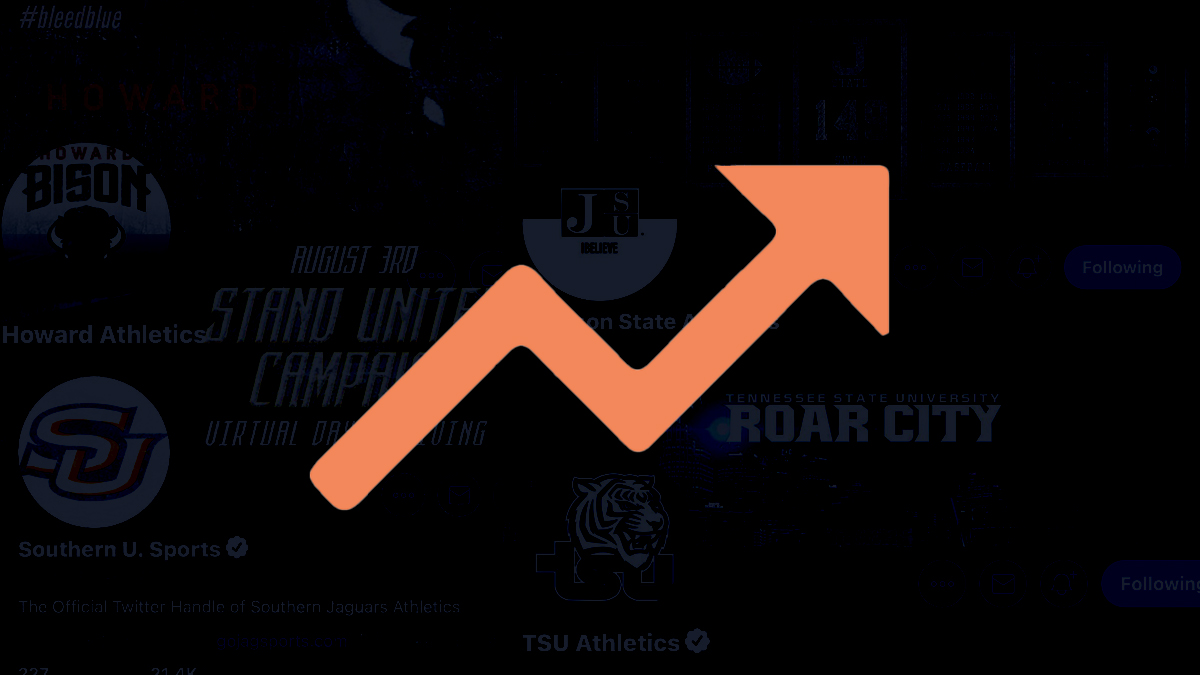 The year 2020 saw several social media accounts take a dip. But several HBCU athletics accounts were among those that thrived despite challenges.

HBCU football may have taken a pause in 2020, but it HBCUs were still trending up on twitter.

One-third of the biggest increases in Twitter interactions among FCS-level athletic program from 2019 to 2020 were HBCUs, according to statistics from SkullSparks.

Jackson State saw the biggest increase overall with more than 30k interactions in 2020 over the previous year. JSU had just under 50k interactions on Twitter after having just over 20k in 2019. It also had over 90k interactions on instagram, good for top 10 amongst FCS programs. There were not statistics to show how much of that bump occurred after it hired Deion Sanders as football coach, but it was likely a sizeable percentage.

Tennessee State was next up after Jackson State. It saw an increase of 19k interactions over the previous year after registering just 1,832 interactions in 2019.

Howard University had the fifth biggest leap amongst FCS teams. It had better than 16k interactions in 2020, a jump of nearly 12k. Howard had a big splash when it five-star recruit Makur Maker committed to the basketball program.

Southern University was the 12th biggest improvement. It had nearly 7.2k interactions on Twitter in 2020 after having just over 1.1k in 2019.

Norfolk State saw an increase of 3.7k Twitter interactions in 2020.

Alcorn State and Prairie View A&M rounded out the 23 FCS programs that did not have less interactions than 2019. Several other HBCUs dipped just slightly below the previous year despite having no football games.

North Carolina A&T was the HBCU that saw the biggest dip, according to the Skull Sparks data. It went from 44.7k interactions in 2019 to just under 9k in 2020.

Check out the full chart here.