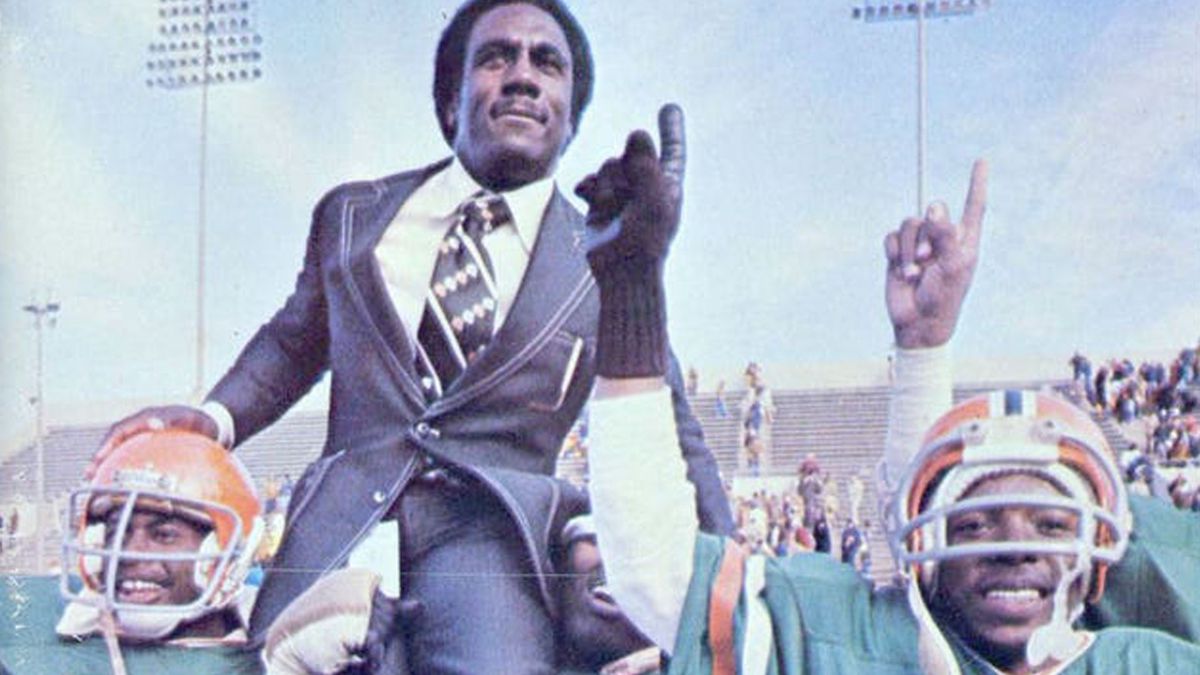 Florida A&M legend Rudy Hubbard finally gets his due. The coach of the legendary 1978 national champion is headed to the Hall of Fame.

On Monday afternoon, the National Football Foundation (NFF) and College Hall of Fame announced the induction of legendary former Florida A&M head football, Rudy Hubbard, as a member of its 2021 College Football Hall of Fame Class.

The class was announced during the noon broadcast of ESPN SportsCenter.

The only HBCU head coach to win the Division I-AA (now FCS) national title, Rudy Hubbard posted 83 wins in his 12 seasons at Florida A&M. He becomes the fourth Rattler coach to enter the College Football Hall of Fame.

During his tenure at Florida A&M from 1974-85, Hubbard compiled an 83-48-3 overall record, the third most wins in school history behind fellow College Football Hall of Fame Coaches Jake Gaither(203) and Billy Joe(86). The Rattlers went 6-5, 9-2 and 6-3-2 in his first three seasons. Hubbard’s most successful stretch occurred from 1977-79 as the Rattlers compiled a 30-5 record, including a perfect 11-0 mark in 1977. The team won back-to-back Black College Football National Championships and conference titles in 1977 and 1978.

In 1978, Hubbard guided Florida A&M to a 12-1 record and wrapped up the season winning the inaugural NCAA Division I-AA Football Championship as the Rattlers defeated UMass, 35-28. Although a member of NCAA Division II’s Southern Intercollegiate Athletic Conference, FAMU successfully petitioned the NCAA for Division I-AA classification, which took effect right before the 1978 season began.

A native of Hubbard, Ohio, he played running back at Ohio State from 1965-67. Hubbard then made history as the first Black assistant coach at Ohio State, where he served six seasons and was part of the 1968 and 1970 national championship staffs under College Football Hall of Fame Coach Woody Hayes.

Hubbard ended his collegiate coaching career in 1985, but he returned to the sidelines as head coach at James S. Rickards High School in Tallahassee, from 2008-11. Now retired, he is collaborating with his son to write a how-to-book on winning, and he is involved with potentially staging an HBCU game in 2021 between rivals Kentucky State and Central State in his native Ohio.

The 2021 CFHOF class will be officially inducted during the 63rd NFF Annual Awards Dinner, alongside the 2020 Hall of Fame Class, on Dec. 7, 2021 at the New York Hilton Midtown. They will also be honored at their respective schools with an NFF Hall of Fame On-Campus Salute, presented by Fidelity Investments, during the 2021 season.