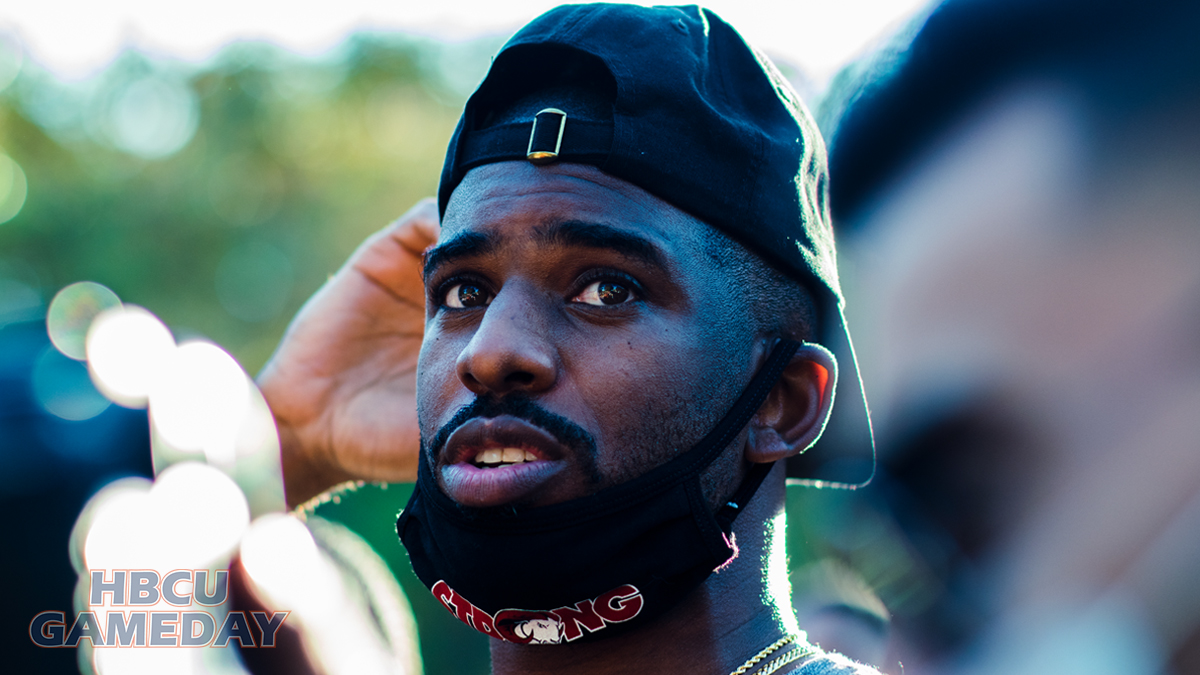 Chris Paul had the world buzzing when he wore HBCU-themed sneakers in the NBA bubble. Now he’s making footprints at HBCU campuses.

The NBA may be in the offseason, but Chris Paul is still a busy man.

The Oklahoma City Thunder point guard has spent this week crisscrossing his home state, visiting HBCUs. The Winston-Salem, NC native has been to four HBCUs over the past three days.

He started out on Tuesday at Winston-Salem State University. Paul, who is currently enrolled at his hometown HBCU, stopped in for a March To The Polls.

“I just appreciate y’all being out here. I hope you guys really understand how powerful y’all are as the youth. Like all these group chats and all this stuff like that, y’all really make a difference,” Paul told the crowd. “Y’all impact people, and whether y’all think its cool for me to be out here, hell I think it’s cool for y’all to be out here.”

Paul then headed slightly south to Fayetteville State University. There he was joined by Fayetteville’s own Dennis Smith Jr as they encouraged students to vote there as well. They spoke with student-athletes in the school’s arena before marching to the polls.

Then CP3 headed back toward the Triad, making a stop in Greensboro to visit North Carolina A&T. He took some time to chop it up with members of the Aggie basketball squad about voting as well.

Paul made headlines earlier this summer when he wore HBCU-inspired sneakers during every game he played in the NBA Bubble. He also announced earlier in the year that he will be doing a documentary about HBCU basketball.

When Chris Paul began wearing HBCU gear a few years back, many people wondered why a player who went to Wake Forest would do so. It’s clear to anyone with an open mind that Paul is focused on giving back, not merely riding a wave.