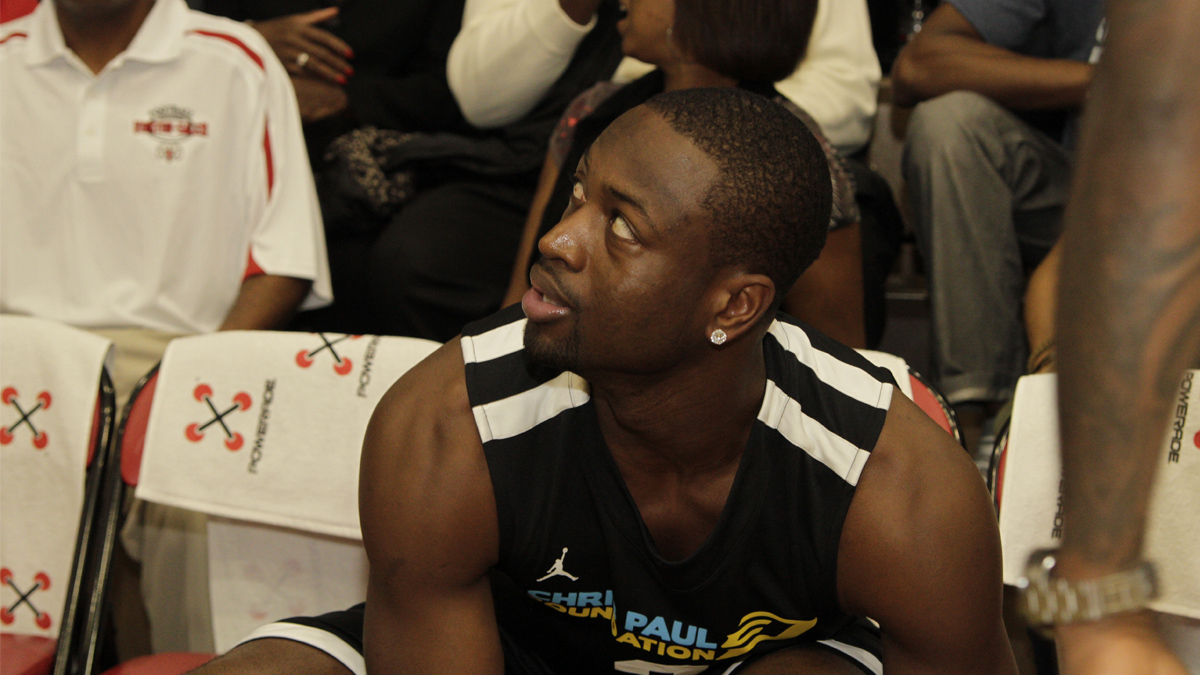 Future basketball Hall of Famer Dwyane Wade made an astute observation that could be taken the wrong way about HBCU basketball.

Dwyane Wade is the latest basketball legend to weigh in on Makur Maker’s decision to go to an HBCU.

The five-star prospect’s commitment to Howard University drew some interesting commentary from Dwyane Wade during a NBA on TNT session.

While the future basketball hall of fame applauded Maker’s monumental commitment, the structure must be created for he and others to flourish in them.

“I love the move he made, and I hope other black athletes chose to do HBCUs — but college basketball and everyone else has to do their job to make sure that the HBCUs are pulled up from the dirt,” Wade told Cari Champion. “Because that’s where they are now.”

Wade mentioned the fact that Howard plays in a small gym (Burr Gym seats 2,700 fans) which he saw as a drawback.

Wade’s words have received pushback from HBCU supporters, and Maker himself.

The 19-year-old pointed out that Hall of Famers like Kobe Bryant and Kevin Garnett, as well as LeBron James, didn’t play in top-notch facilities before the NBA. Neither does LaMelo Ball, who is expected to be a top pick in the 2020 NBA Draft.

Wade, of course, did not go to an HBCU. The Chicago native played his college ball at nearby Marquette University. (He did play in a Chris Paul Charity Game at Winston-Salem State back in 2011, though).

The Zaire referenced in Maker’s tweet is Wade’s oldest son. He was offered by North Carolina A&T earlier this year. The 6’3 guard elected to spend a post-graduate year at Brewster Academy in New Hampshire.

Wade’s words may be taken as negative by many HBCU supporters. Personally, I don’t think his words were meant to be harsh or demean HBCUs. And as much as they may hurt, he’s not wrong.

ESPN owns the first rights to basketball in the MEAC, where Howard plays, as well as the SWAC. Both conferences had a total of four games shown on live television — ESPNU — for the entire conference season. Perhaps that will change once Maker suits up for Howard.

I have said, as have many others, that the cameras will follow the stars. So will the facilities. One star — Maker — has made its choice. But it will take the rest of the basketball universe’s power to propel HBCUs ahead in collegiate sports. Everything in the dirt or on the ground isn’t trash. Many times it is a treasure that simply has been discarded or covered up.

When it comes to HBCU basketball, we’ve been digging for a while. Perhaps others outside of our community will finally start doing the same. Until then, “HBCUs are in the dirt” isn’t a hot take — it is a reality. One that people like D-Wade can help change since they understand.