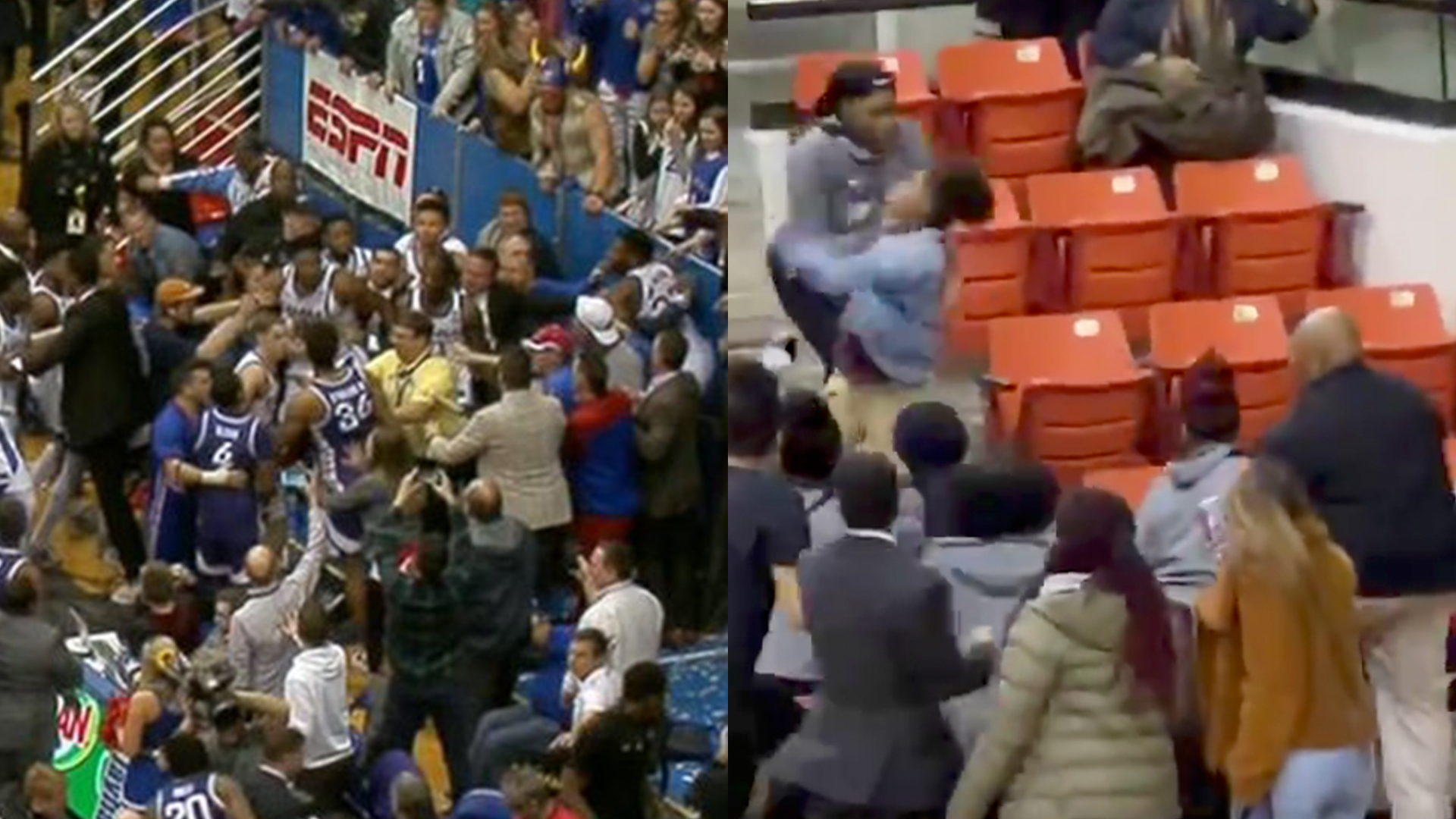 Knuck If You Buck: On HBCU media responsibility and brawls

Tuskegee provides more information about the brawl with LeMoyne-Owen College, which won’t be the last we cover.

Since our inception in 2012, HBCU Gameday has been about shining a light on HBCU sports and culture on a local and national stage.

On Monday night, that light was cast upon a brawl that took place between two HBCUs on a basketball court and in the stands. Students and student-athletes from Tuskegee University and Lemoyne-Owen College were involved in a brawl that was captured on video and spread via social media immediately following its aftermath.

Tuskegee University officials issued a statement on the event on Wednesday morning. The statement reads, in part, as below:

At the end of the men’s game, and as the players engaged in the customary shaking of hands on the court, a LeMoyne-Owen player shoved and confronted a Tuskegee player, and an altercation ensued between members of both teams. Security responded immediately, bringing the incident under control within minutes. At the same time, members of the LOC women’s basketball team began fighting two female Tuskegee fans. Tuskegee University security intervened and defused this situation as well — escorting the LOC women’s team members to their bus. No serious injuries were sustained; however, at least one member of LOC women’s team filed an incident report with the campus police.

Tuskegee University does not condone fighting, heckling, and/or violence of any kind from our students, student-athletes, fans, and/or visitors. The university will continue to investigate this incident; appropriately discipline individuals involved; and review security protocols to ensure the safety and security of all participants at future athletic competitions.

The brawl, and accompanying video, has been the source of much debate on the HBCU Gameday Facebook page regarding the necessity of its posting. We posted on the brawl because it happened on the court at a game and spilled into the stands.

As a news organization it is our business and our duty to report major news regarding HBCU sports. This includes not only going to games and writing features, but also reporting on issues that need to be addressed. Brawls happen at sports on all levels, as evidenced by the rivalry game between Kansas and Kansas State less than a day after the two SIAC teams got involved.

A brawl at an HBCU is unfortunate and disappointing, but no more so than at any other university. It is not a “stain on us all” as some have decried. It is merely evidence that all people, regardless of the overall greatness of the institutions they wear on their uniforms or sweatshirts, are capable of losing it and acting out.

We spend the majority of our time going to cover games at HBCUs around the country where, by the time the game is over, we are the only outside media in the building to capture the action and talk to the players and coaches. Often times, things do get heated for the athletes and coaches, but most of the time its squashed early and it fails to make it into our video packages. However, we live in a world where EVERYONE has a video recorder, but few people or outlets lack the nuance to go beyond the fisticuffs.

We also produce multiple television shows (without national sponsors) that shine a weekly spotlight on these players in coaches. Our basketball show, “The Fastbreak” is the only one of its kind currently on cable television.

As Tuskegee’s statement cited, the event showcased the need to review protocol for security of not only the participants, but the fans.

HBCU Gameday always has and always will do its part to push the culture forward and tell the stories of our institutions and student-athletes. We have plenty of positive content out there that we are very proud of, although much of it doesn’t do as well as the salacious incidents we have to cover as well.

At the same time, we will continue to hold up a mirror to the culture. When you do that, you see the beauty as well as the flaws, allowing for changes and growth.

Knuck If You Buck: On HBCU media responsibility and brawls