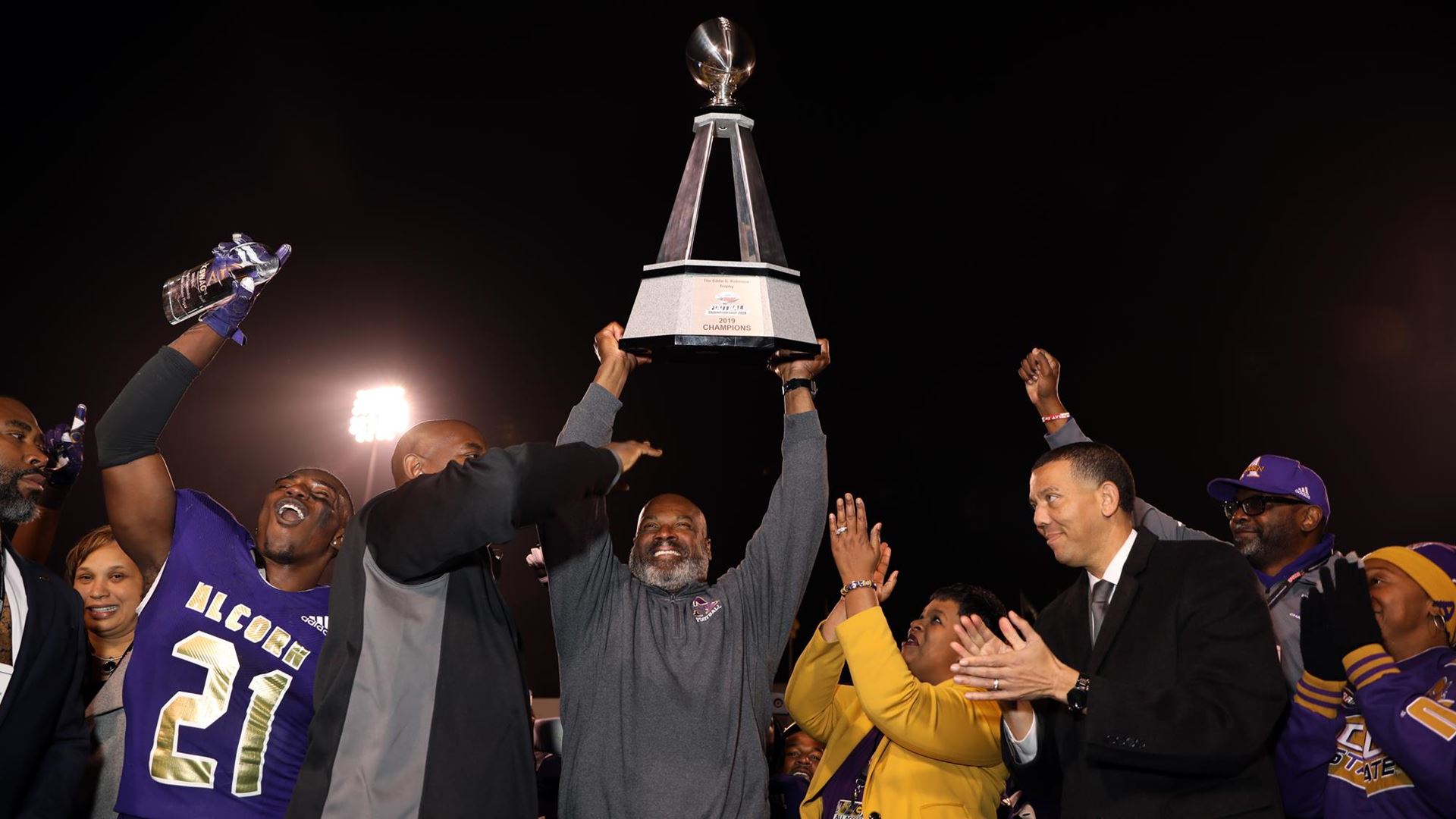 Alcorn State won its second-straight SWAC Football Championship and Celebration Bowl appearance with its victory over Southern on Saturday.

Alcorn State defeated Southern in the SWAC Championship for the second straight year on Saturday, 39-24. With the win, the Braves (9-3, 6-1) are headed to the Celebration Bowl for the second consecutive year.

After a mostly quiet first quarter, Southern struck first with a 32-yard rushing touchdown. ASU defensive back Javen Morrison ran SU’s kickoff 89 yards to the house to tie the game with 1:56 left in the quarter. A Southern holding penalty deep in its own territory resulted in a safety to give the Braves a 9-7 lead to close the quarter.

SU rushed in the end zone again in the second quarter to retake the lead, but a 3-yard responding score from Turner on the following drive sent ASU into halftime leading 16-14.

SU put up the only third-quarter points with a field goal with 6:44 left to take a 17-16 lead. The Braves set the pace for the final quarter. A 56-yard touchdown pass from Harper to Pringle in the first minute gave the Braves a 22-16 lead after a failed two-point attempt.

Southern responded on its following drive with a rushing touchdown to cut the lead to two but didn’t find the end zone again. The Braves closed out regulation with 16 unanswered points through a field goal, a rushing touchdown from Waller and a 53-yard pick-six to win the SWAC Championship, 39-24

ASU will represent the SWAC in the Celebration Bowl for the second straight year. This is also the Braves’ third appearance through the Bowl’s five total games. Reflective of last season, ASU will again face the repeating MEAC Champions, North Carolina A&T. The Braves fell to the Aggies last season but will get their chance at redemption this year on December 21. Kick-off is scheduled for 12 PM at Mercedes-Benz Stadium in Atlanta, Georgia.