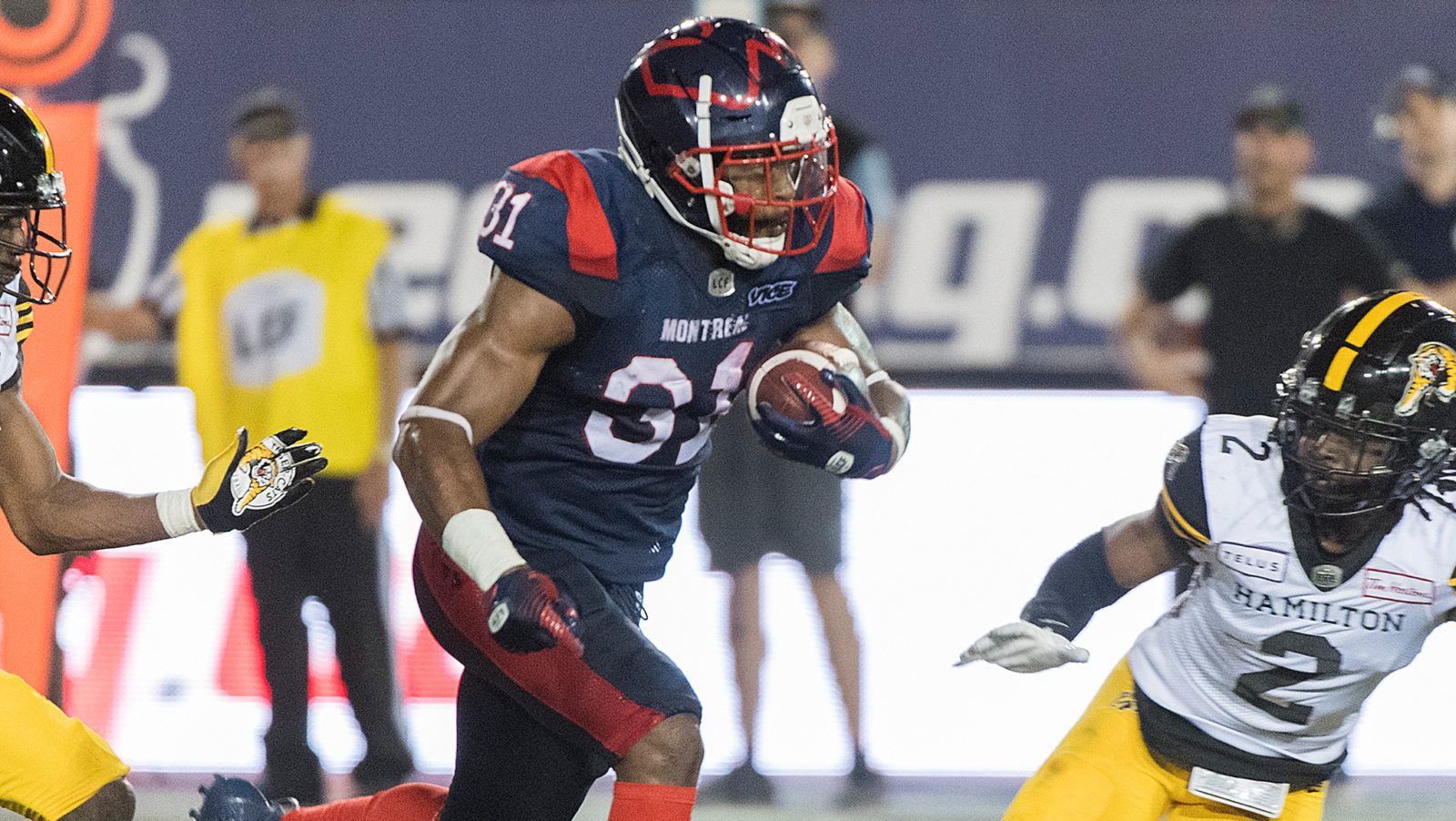 HBCU players in the CFL for the 2019 season

Some HBCU flare north of the border

Like college football, the NFL season is weeks away, but you don’t have to wait to check out your favorite former HBCU stars. The Canadian Football League kicked off a few weeks ago, and this season there are a few players with HBCU ties.

Here’s the full listing of HBCU players in the CFL.

Ebenezer Ogundeko is a defensive lineman from Tennessee State who is the only former HBCU player on the BC Lions. After being redshirted his freshman year at Clemson, he transferred to TSU with three years of eligibility left. He later went on to be a BOXTOROW All-American Honorable Mention, All-OVC First Team honoree and on the Buck Buchanan Award Watch List during his last two seasons.

Grambling’s Abu Conteh is a defensive back for the Stampeders. His story is inspiring as he was born during the Civil War in Serra Leone.

From there he moved to Ghana, then to Winnipeg, Minnesota and to North Dakota. His love for football was found and he ended up at Grambling after some time on the JUCO ranks.

Florida A&M has seen some athletes over time and Kevin Elliot is one of them. He’s taken his talents to Edmonton. Elliot played two seasons in the NFL (Jags, Bills). After tearing his ACL in the 2013 Pre-Season, he was placed on IR. From there he went to the CFL played for Tronoton, Hamilton, Ottawa, BC, and now Edmonton.

Brian Walker is in the secondary. He’s a former Fayetteville State Bronco. During his senior season in 2016, he accumulated 25 total tackles, seven pass breakups, and two interceptions. As a kick returner, he amassed 11 returns for 373 yards with two touchdowns.

Mike Jones from Southern is a Tiger-Cat, just like Demetrius Rhaney from Tennessee State. Rhaney has had an interesting route to the CFL. He played three seasons in the NFL. This spring, he played for the Memphis Express in the AAF. But after the league folded, he was picked up by Hamilton.

William Stanback from Virginia Union has been getting his work in Montreal. Stanback rushed for 1,299 yards and 15 touchdowns for the Panthers in 2016. He currently leads the league in rushing after four games as the starting running back.

North Carolina A&T surely can produce some players and Kevin Francis is another example. He played tight end for the Aggies but switched to LB when joining the CFL in 2016.

The Saskatchewan Roughriders have the most HBCU players currently in the CFL with four players. Emmanuel Arceneaux is a slotback from Alcorn State. Dariusz Bladek comes from Bethune-Cookman. Joining him on the O-Line is Thaddeus Coleman from Mississippi Valley State. On the other line is A.C Leonard from Tennessee State.

From an Eagle to a Blue Bomber. Mike Jones plays in the secondary for Winnipeg. The former NC Central standout was listed on All-MEAC First Team as a corner and return specialist during his time in Durham. Jones broke the school record for career punt return average with 21.0 yards per punt return (31 punt returns, 651 yards, 2 touchdowns).

HBCU players in the CFL for the 2019 season