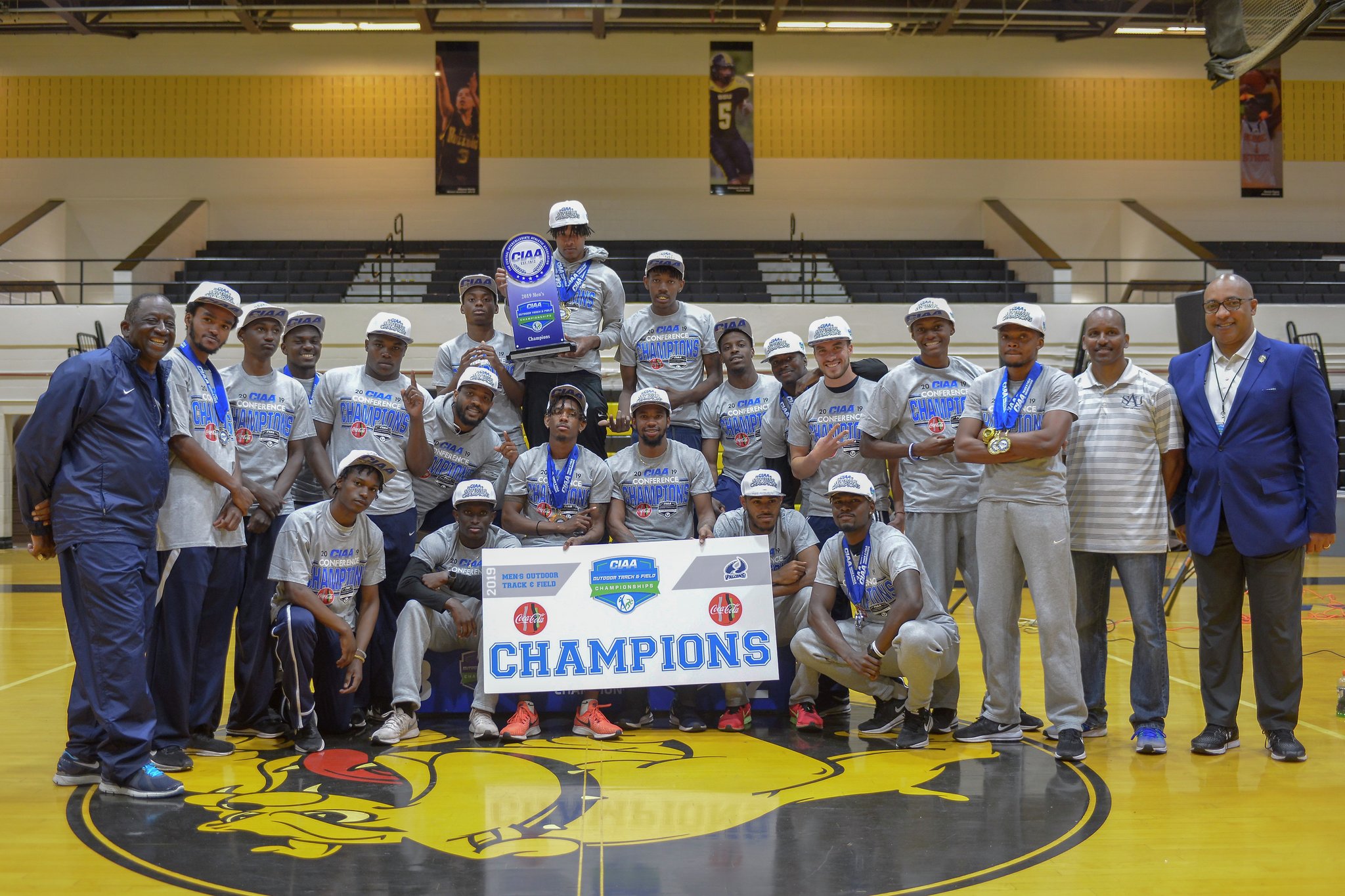 BOWIE, MD  – Saint Augustine’s ran away with the men’s title and Winston-Salem State held off three teams for the women’s crown on the final day of the 2019 CIAA Outdoor Track and Field Championships at Bowie State on Sunday.

Saint Augustine’s relied on its traditional depth to cruise past Virginia State 194-101 for its 22nd straight men’s outdoor championship. The title was the 39th in 41 years for the Falcons, led by the legendary George Williams, who was the head coach of each SAU championship team. On Sunday, Williams was selected CIAA Men’s Outdoor Coach of the Year for the umpteenth time after his Falcons cruised to victory.

The Falcons crossed the finish line first in seven of 12 events. Alazae Hester-Taylor won both the 110 and 400 hurdles and Shaquille Dill was the winner in the 800 run. Najair Jackson won the javelin throw and Darren Alfred was first in the 400 dash. The Falcons swept the 4×100 and 4×400 relays.

Davion McKnight of Claflin claimed track MVP honors in the Panthers’ first outdoor conference meet and Solomon Potter of Lincoln (Pa.) was the field MVP. McKnight won the 200 dash, finished second in the 100 dash and was a member on the 4×400 and 4×100 relay teams that finished second and fourth, respectively. Potter was the discus winner and placed third in the shot put and javelin throw.