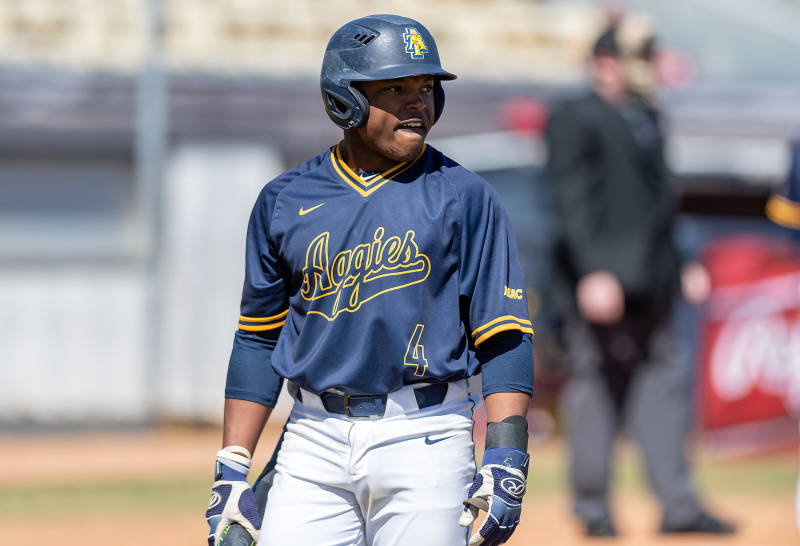 North Carolina A&T baseball picked up a road win over an SEC squad. Next up is an ACC team.

Days after sweeping Mid-Eastern Athletic Conference (MEAC) Bethune-Cookman for the first time, the Aggies earned one of the biggest upset wins in program history by defeating the University of South Carolina, 2-0 Tuesday night at Founders Park.

More importantly, the Aggies (15-9) have won five straight which also included a rare win over crosstown rival UNC Greensboro. All five wins have come away from the Aggies home, War Memorial Stadium.

Junior RHP Michael Johnson proved his worth to the Aggies program. After missing his customary weekend start, Johnson got back to work on Tuesday and devoured some valuable innings for the Aggies.

Senior RHP Roberto Negron tossed an inning of relief giving up one hit and striking out one. Senior RHP Leon Hunter picked up his fourth save of the season by pitching a scoreless inning that included him striking out two.

A&T will get a shot at another victory over a P5 team on Wednesday when it hosts North Carolina State. The game will take place at 6 p.m., at First National Bank Field, home of the Greensboro Grasshoppers.