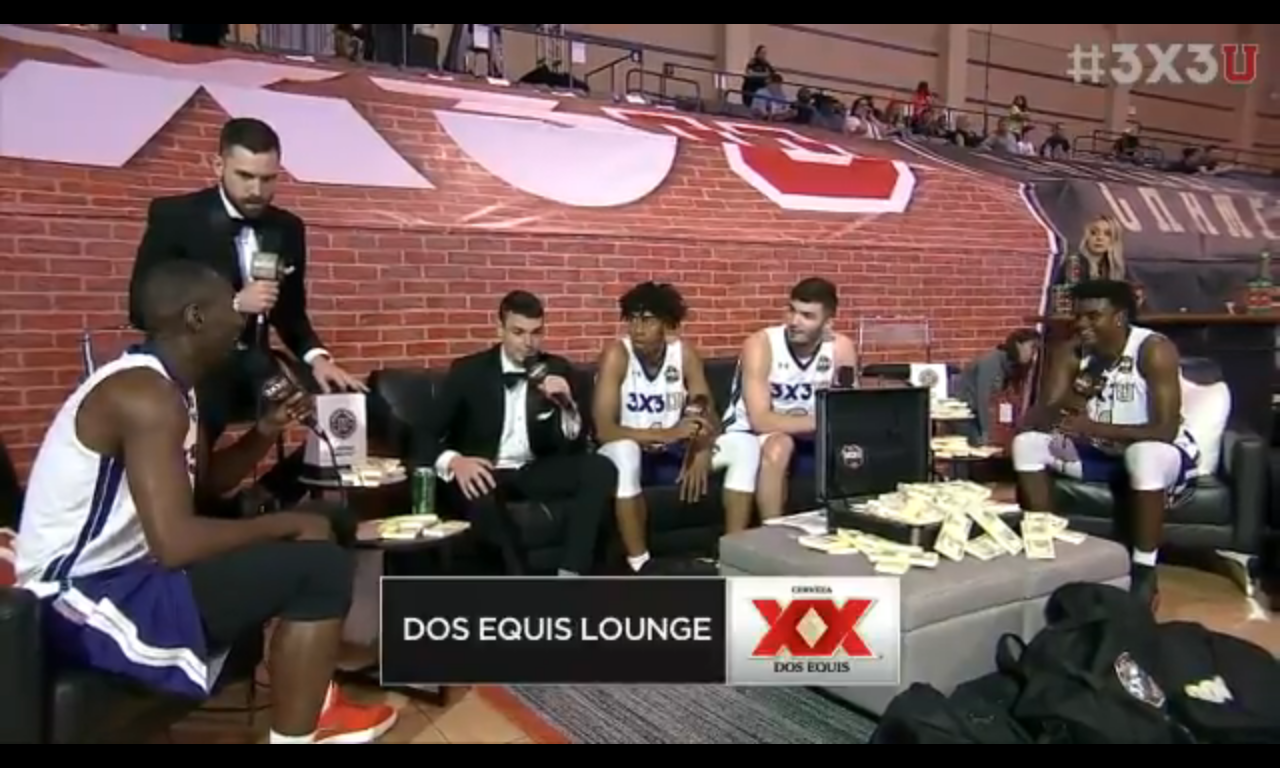 The MEAC and the SWAC are literally chasing the ($50k) bag in a new 3-on-3 tourney that plays.

So apparently HBCUs are just two basketball players away from competing nationally on the Division level.

Representatives from the two Division I leagues are competing in the 3X3U National Championships this weekend. Both have pulled off multiple upsets and both are in the running for a $50,000 grand prize as the event heads into the semifinals.

3X3U is a basketball tournament that teams former conference rivals together in a halfcourt 3-on-3 game that gifts the winners of each game with $1,000 in cash.

Day 2 of the @dosequis #3X3U National Championship is officially underway!

The MEAC team beat the ACC on Friday with a game-winner by Brandon Tabb of Bethune-Cookman. Tabb was joined on the team by Delaware State’s Artem Tavakalyan and former rivals Desmond Williams and Marcus Barham from FAMU.

Then they made it rain.

LOL the MEAC guys making it rain with their $1000 winner purse pic.twitter.com/FnN0UxrfMT

They followed it up with another win over the WAC on Saturday.

"First and foremost, before we even came here, we were coming to win."

No lack of confidence from the @MEACSports team here at #3X3U! They're 2-0 and in the driver seat of Pool 2. pic.twitter.com/RAGJ2raygl

“Before we even came here our mindset was, we’re coming to win,” Williams said on Saturday. “We didn’t care who the other conferences were. We knew that we were the MEAC, we were gonna represent the MEAC and we were gonna win.”

The SWAC opened the day off strong with a 22-12 win over the Big 12. They followed it up with a win over the Colonial Athletic Association. The team is made up of Texas Southern’s Donte Clark, Jackson State’s Paris Collins, Alcorn State’s A.J. Mosby, and Southern’s Jared Sam.

Cinderella Story? Not in @theswac's eyes. They see themselves as the top dogs and are a force to be reckoned with here at the #3X3U National Championship. pic.twitter.com/OzUQxgROkq