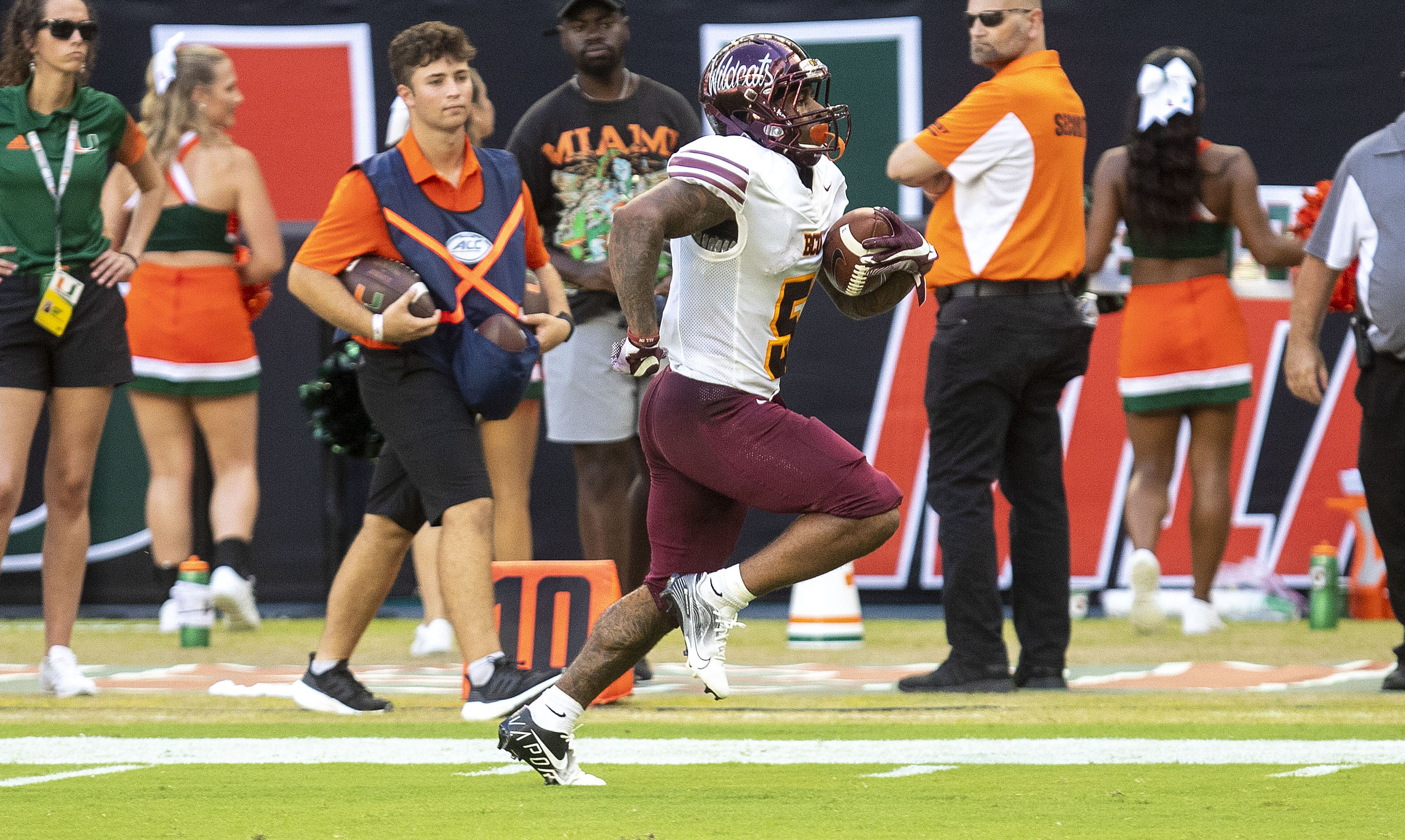 Ed Reed and Bethune-Cookman will face The U in 2023

Ed Reed will take on his beloved Miami Hurricanes in 2023 per a report.

Ed Reed will face a familiar opponent in his debut season of college football as the University of Miami has agreed to play Bethune-Cookman in 2023.

The news comes via the Miami Herald, citing a source.

According to the Herald, Bethune-Cookman would complete UM’s opponents for 2023. The game would likely be played on a date between UM’s nonconference home game Sept. 9 against Texas A&M and its Sept. 23 Temple nonconference game in Philadelphia. Sept. 16, currently an open date, was listed amongst the possibilities as well as some time leading to that date.

The two programs played each other last season, with Miami bullying its way to a 70-13 win over the SWAC program. Bethune-Cookman and Miami have played a total of six times, with the ACC squad winning every one of them.

This year’s Bethune-Cookman program will be under new leadership — the leadership of Miami alumnus Ed Reed. The Pro Football Hall of Famer has accepted the job at B-CU and is ready to begin his career as a head coach. The school announced the deal last month, and Reed is expected to be formally introduced in the near future.

Ed Reed recently served as Miami’s “Chief of Staff.” The Louisiana native will take the place of Terry Sims, who was let go after back-to-back 2-9 seasons.

Ed Reed and Bethune-Cookman will face The U in 2023