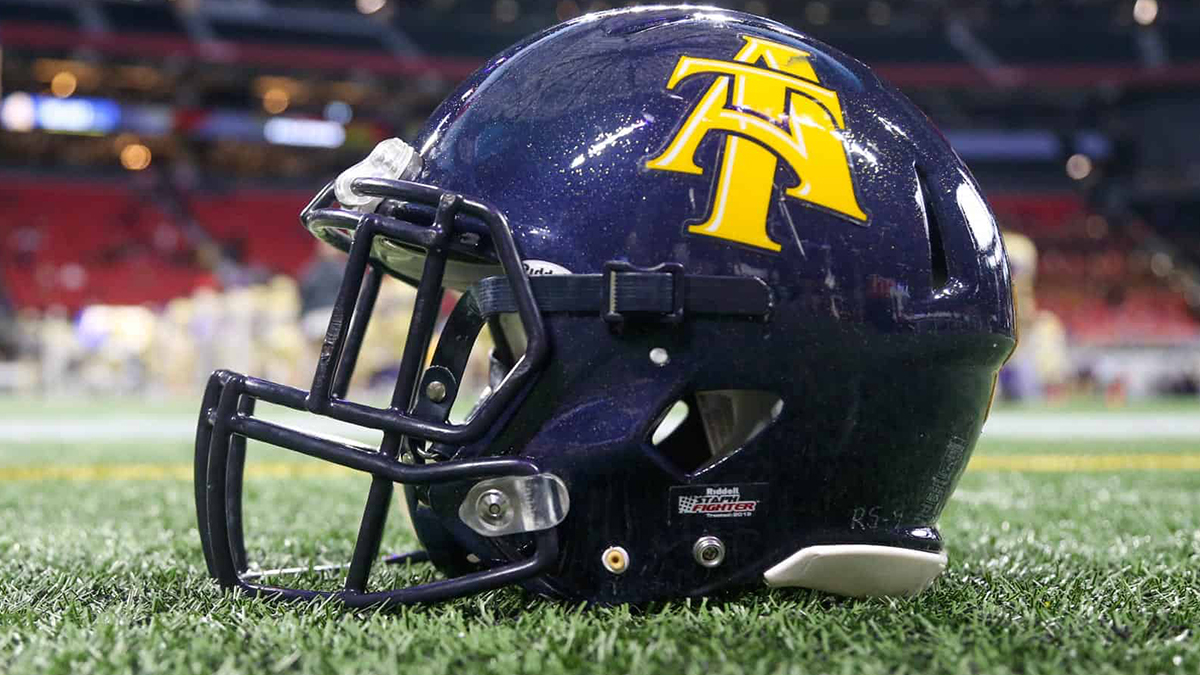 The Aggies spent the 2021-22 season as members of the Big South Conference after a long run of success in the Mid-Eastern Athletic Conference.

North Carolina A&T State University, located in Greensboro, North Carolina, is the largest historically Black university (HBCU) in the country with an enrollment of more than 13,300. The Aggies spent the 2021-22 season as members of the Big South Conference after a long run of success in the Mid-Eastern Athletic Conference.

This is the third of a four-part series introducing the four newest members of the Colonial Athletic Association – Hampton, Monmouth, North Carolina A&T, and Stony Brook.

North Carolina A&T sponsors 17 Division I varsity teams with 15 joining the CAA in 2022-23 and the football program being welcomed into the league in 2023. The Aggies will play for CAA titles in baseball, basketball, cross country, golf, tennis, and indoor and outdoor track & field in men’s competition and in basketball, cross country, golf, softball, tennis, indoor and outdoor track & field, and volleyball in women’s action. North Carolina A&T’s bowling program will continue to compete in the MEAC.

“We bring a significant level of achievement as a university to this new association, which enhances our excitement about joining an athletics association with so many outstanding peers who share so much in common with our university,” said A&T Chancellor Harold L. Martin, Sr. “The CAA is rich with opportunity for A&T, our outstanding student athletes, highly engaged research faculty, distinguished academic programs and accomplished alumni. While we will be fierce competitors on the playing field, we look forward to exploring many opportunities for mutually beneficial collaborations with our new conference colleagues.”

The Aggies’ track and field programs, which are among the best in the nation, brought home three medals, two of them gold, in the 2020 Olympics. The men’s team ranked No. 1 in the nation for two weeks in 2022, while sprinter Randolph Ross Jr. captured the individual national title in the 400m at both the NCAA Indoor and Outdoor Track & Field Championships.

“We come from a tradition of exceptional athletic and academic achievement, and absolutely see the CAA as a new and prominent stage on which to continue that tradition,” said A&T Athletic Director Earl Hilton. “The case to join was clear and persuasive.”