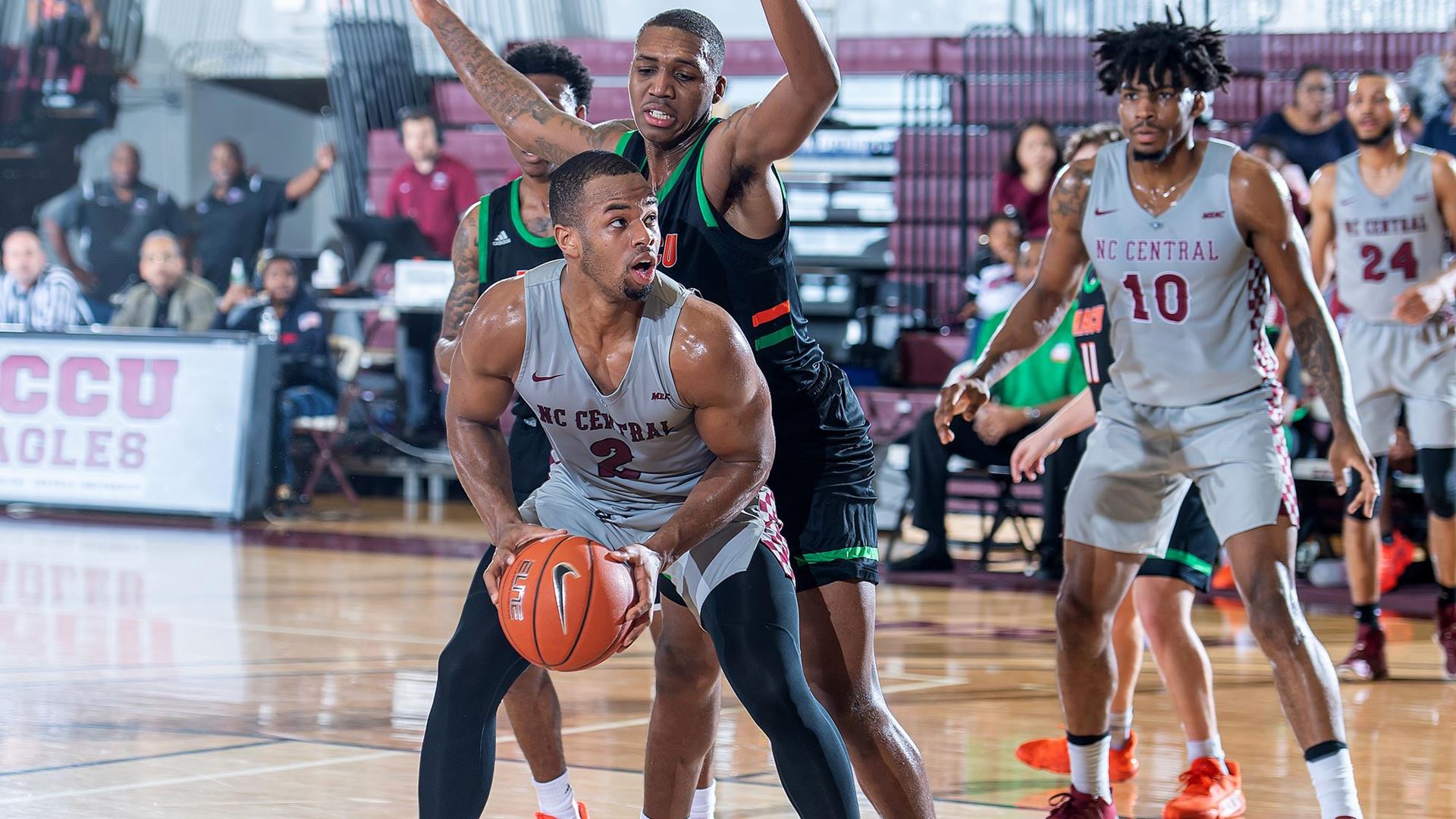 The Eagles fly above the Spartans for the win

DURHAM, N.C. – North Carolina Central University trailed Norfolk State by as many as 15 points in the second half, and didn’t have a lead in the game until the final 2:42, but that was all the Eagles needed to upend the Spartans, 69-63 on Monday, Feb. 3 inside McDougald-McLendon Arena.

NSU and NCCU stayed within striking distance of each other early in the contest with the Eagles working to tie the game on four separate occasions, but the Spartans wouldn’t let the hosts get in front.  NSU led by as many as 10 in the first half, but the Eagles were able to put together a 6-0 run at the tail end of the half to go to the break trailing, 38-32.

The Spartans seized control of the second half right at the start with a 13-4 run after the intermission to build a 15-point lead at 51-36.  The Eagles refused to relent and locked in defensively to stifle a red-hot Spartan team.  NCCU put together a 16-0 run over eight minutes in the second half to pull ahead by six, 65-59, with 1:45 to go.  NSU shot 60.9 percent in the first half, but during that drought the Eagles forced the Spartans to go 0-9 from the floor, and 0-3 from the perimeter.

The historic rally was capped by a deep trey by Deven Palmer (Hyde Park, Mass.) who knocked down his third triple of the game, and finished with 13 points and six rebounds.  C.J. Keyser (Baltimore, Md.) scored a career-high 23 points for the second consecutive game, and Jibri Blount (Pittsburgh, Pa.) collected his sixth double-double in the last eight games with 12 points and 10 rebounds.

As a team, the Eagles shot 50 percent from the floor, and marked the second time this season that they’ve shot 50 percent or better from the field in consecutive games after a 51.8 percent success rate against South Carolina State on Saturday, Feb. 1.

NSU’s leading scorer was Devante Carter (Newport News, Va.) who put in 14 points with four rebounds, and Jermaine Bishop (Queens, N.Y.) had a big game with 10 points, seven rebounds and seven assists for the guests.

The Eagles will head back on the road to face Coppin State on Saturday, Feb. 8.