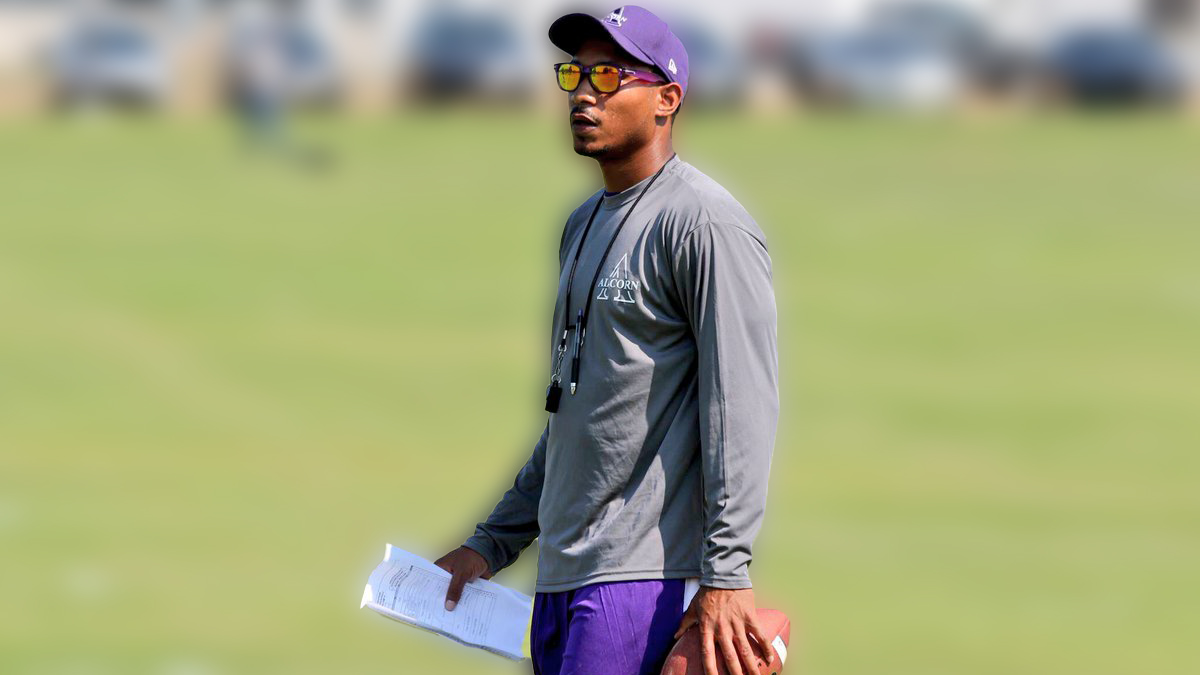 After coaching back-to-back SWAC Offensive Players of The Year, Pat White is taking his talents to the FBS.

A college football legend that has spent his last two years tutoring quarterbacks at an HBCU is headed to the FBS level.

Alcorn State quarterbacks coach Pat White has been hired as running backs coach at the University of South Florida.

“We are very excited to have Pat join our staff and lead our running backs unit,” USF head Coach Jeff Scott said. “Pat was an electrifying player that I’m sure Bulls fans remember well. He played at a very high level, broke records and won a lot of games as a quarterback at West Virginia and has had tremendous success in two seasons coaching at Alcorn State. He will be a great coach and mentor for our USF players.”

The former West Virginia Star’s tenure in Lorman, Mississippi has been a successful one.  Both the past two SWAC Offensive Players of the Year, Noah Johnson and Felix Harper, have both been quarterbacks from Alcorn State.

Johnson’s game more closely resemembled what White did while he was at West Virginia, as he topped over 1,000 yards on the ground while leading ASU to the SWAC Championship.

When Johnson went down early in the season the team turned to Felix Harper, who threw for just under 3,000 yards and 33 touchdowns while throwing just nine interceptions and completing 60 percent of his passes.

“He taught me great tips and notes to help me with my mechanics on the game. He’s a legend,” Harper told HBCU Gameday during the Celebration Bowl. “It’s an honor and a blessing to learn the game from him.”