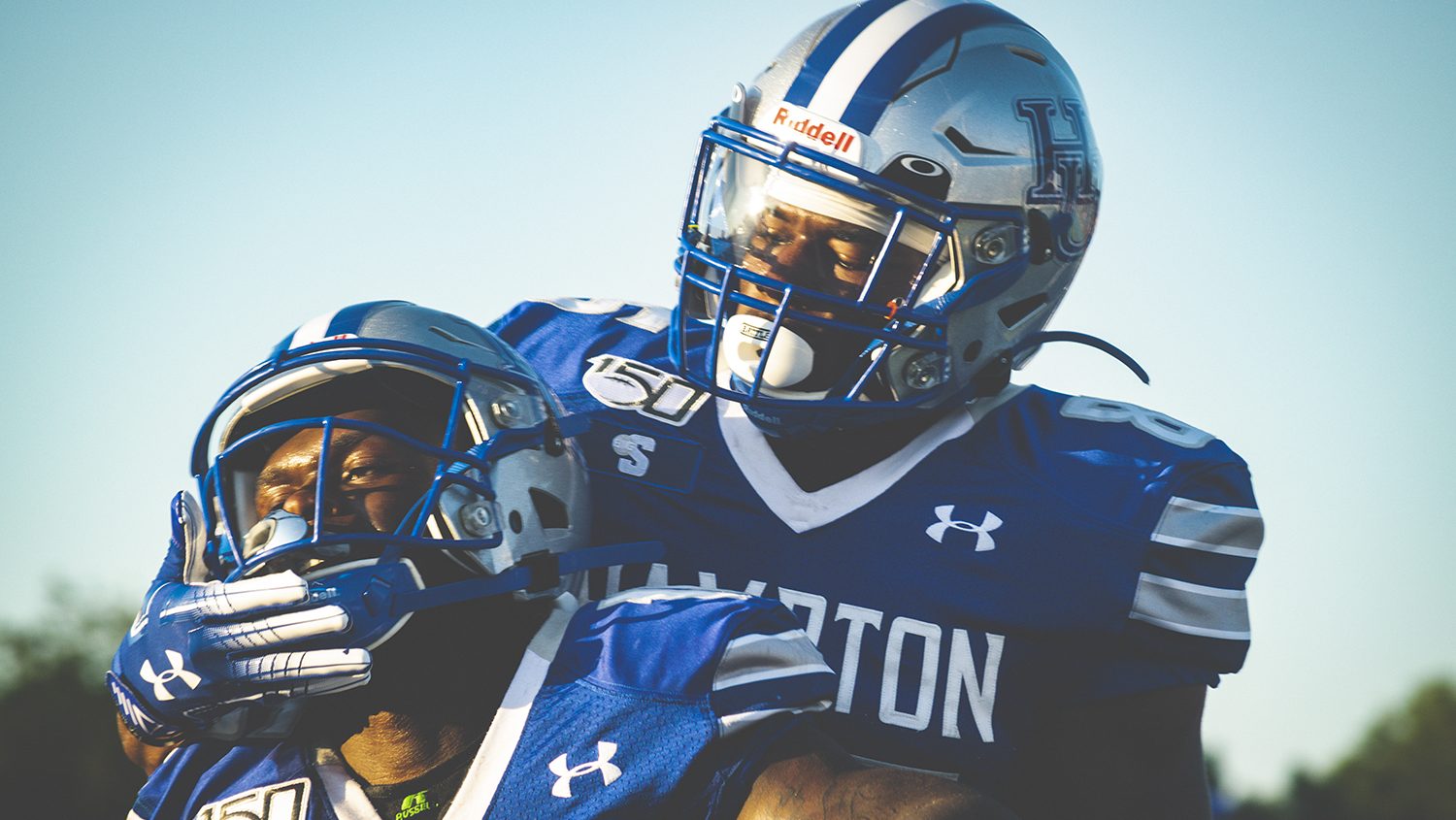 Deondre Francois came up big for Hampton on Saturday as it beat rival Howard at Soldier Field.

CHICAGO, Ill. — After a slow start, the Hampton Pirates found their offensive mojo on Saturday and took a 41-20 win over Howard in the 22nd annual Chicago Football Classic at Soldier Field.

Earning MVP honors was Deondre Francois and Christian Angulo.  Francois threw for four touchdowns and 217 yards going 11-for-20.  Angulo was the defensive honor with five pass breakups and one interception.

The first quarter saw Hampton kept off the board, but once the period turned to the second Hampton clicked.  Francois connected with Darran Butts for a 70 yard scoring strike as Hampton took a 7-3 lead just 74 seconds into the quarter.

Francois found Jadakis Bonds on a 68-yard scoring connection with 3:50 left in the half to push the lead to 13-3.  Howard responded with a 25-yard Nick Fariss field goal to get back within a touchdown at 13-6 with 71 seconds left.

Butts set Hampton up with another touchdown as he took the ensuing kickoff 90 yards to the five-yardline.  Francois and Bonds connected again on a five-yard scoring pass as Hampton pushed the lead back to 20-6 with 53 seconds remaining.

Howard got a late touchdown pass from Caylin Newton to close the first half trailing 20-13.