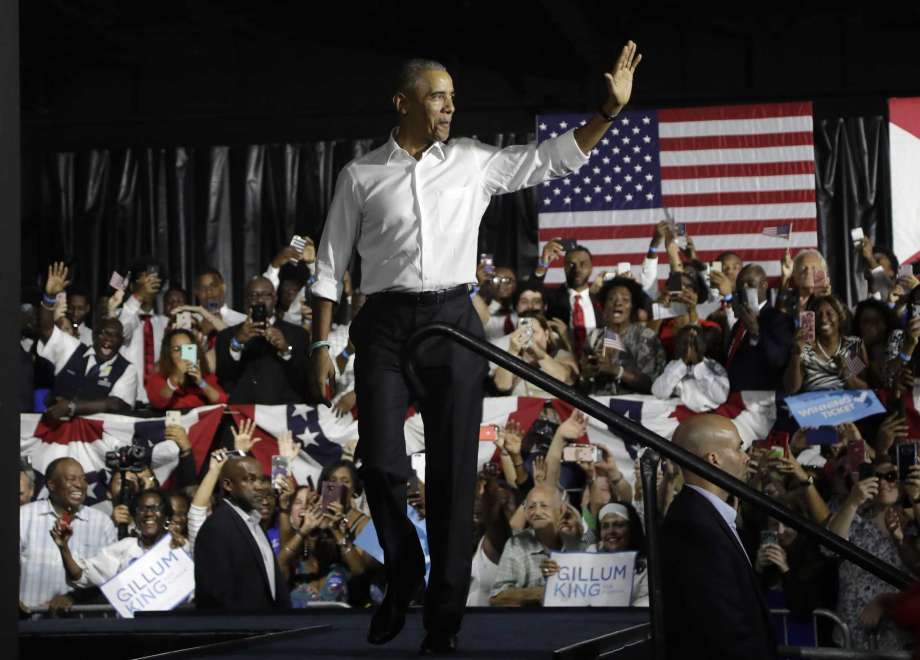 On the stump trail Friday for two HBCU grads running for governor’s office.

ATLANTA–Former President Barack Obama was in Atlanta on Friday night speaking on behalf of Stacey Abrams at Morehouse College. Abrams, a Spelman graduate, is the Democratic nominee for Governor in the state of Georgia.  People lined the streets outside of Forbes Arena ahead of the rally.

Folks are bundled up and in one to see @BarackObama stump for @staceyabrams at Forbes Arena on @Morehouse campus pic.twitter.com/gSPajT0Mbe

Standing ovation for @staceyabrams’ parents: “She was raised by TWO preachers — so you know she was raised right!” – President @BarackObama #TeamAbrams #gapol pic.twitter.com/DeGU6Kw65I

The former President was very critical of current President Donald Trump and his stance against immigrants. Obama, whose voice was strained from a hectic day of campaigning, lauded the upbringing of Abrams by her parents. Joking at one point that she couldn’t get away with much having two ministers as parents.

Mayor @KeishaBottoms rallies the crowd waiting for @staceyabrams and @BarackObama at Forbes Arena on the #Morehouse campus. pic.twitter.com/uj433SgMIH

Earlier in the day, President Obama was in Florida campaigning on behalf of Andrew Gillum, the Democratic nominee for Governor of the Panhandle state.  Gillum is a graduate of Florida A&M University.

“My momma is beside herself,” Gillum told BuzzFeed News. read @darrensands on the scene at the Obama/Gillum rally today (Bill Nelson was also there) https://t.co/7lmo7vgSgS

Barack Obama used a familiar anecdote at both rallies, urging voters not to fall for the “okey-doke” a la Charlie Brown and Lucy.

Barack Obama: "Don't be Charlie Brown – don't fall for the okey doke. Don't be bamboozled. Don't be hoodwinked because when you get distracted, while you're distracted with all this stuff they're making up, they're also robbing you blind." https://t.co/NILLbhk3rf pic.twitter.com/mY2d7DC6Bh

If elected, Abrams would become the first African American female governor in the history of the United States. Should both win, America would have two African American governors who are graduates of HBCUs.