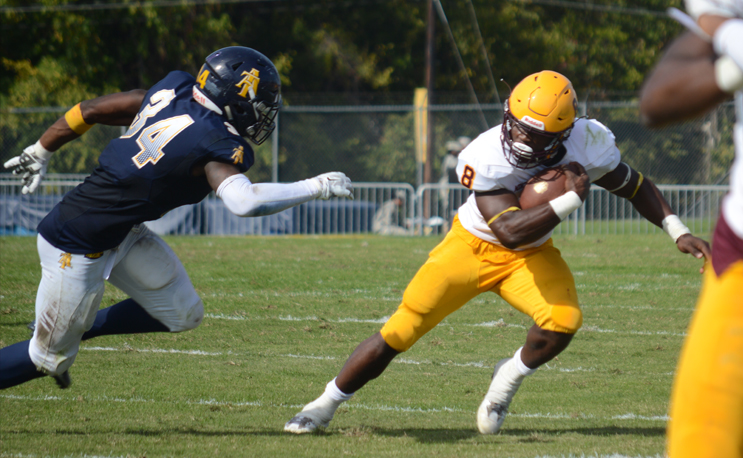 A&T can’t afford another loss if it wants to make anyone’s postseason, and BCU will be a tough out in Daytona.

Very few people outside of Tallahassee would have picked FAMU to be on top of the MEAC in mid-October this year, and certainly not us. We did, however, predict that October 20th might be when the separation occurs and it’s looking like that could be the case. Several of our “Games To Watch” for the season were set for this date, and they still could play a big factor in who wins.

What we said then: Here’s why BCU can be the giant killer in the MEAC. They had close losses against Howard and North Carolina A&T with a close win against NCCU. More on this later.

But the BCU coaching staff is trying to put together the final pieces. It held A&T to its lowest margin of victory last season. The Aggies scored ten unanswered points to beat the Wildcats last season. This time around, BCU will be looking to finish the job.

What we say now: BCU has remained a team that can play with anyone in the MEAC, whether its a close loss to Howard or a close win over South Carolina State. In other words, they are who we thought they were. It will need to win out and have Howard to drop another MEAC game to have a shot at the Celebration Bowl. Both could still happen.

As for A&T, it looked like it might roll through the MEAC unbeaten again after beating Jacksonville State and East Carolina and starting 4-0. Then came the Morgan State loss. And the first half against SC State. And the second-half collapse to FAMU. Now every game is a must-win if it hopes to make the postseason; Celebration Bowl or FCS playoffs. Anything short of that and the season could end in Durham in late November.