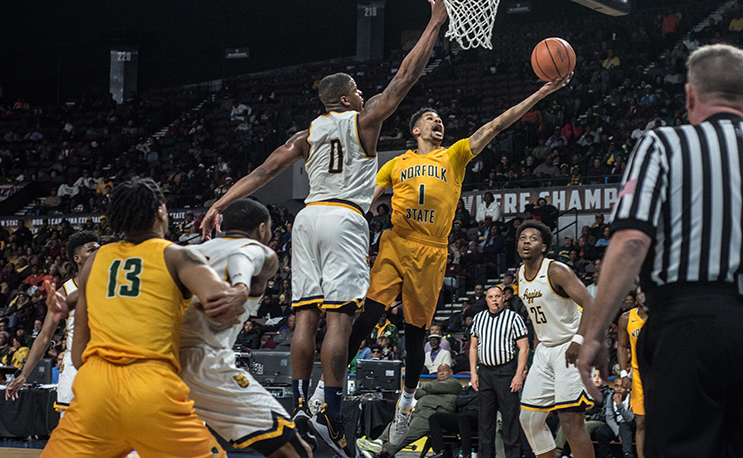 Interesting data on how HBCUs in Division I earn and spend their dollars.

College athletics are all about money, and like the rest of the world, there are haves and have-nots. HBCUs, at the Division I level of the NCAA, are decidedly in the latter category.

USA Today released its finances report of public D1 schools last week and the results include a lot of data to analyze. It includes details of revenue and expenses. Going even further, it reveals reported ticket sales, licensing fees, contributions, school contributions and student fees.


The HBCU with the most revenue was Prairie View A&M. PVAMU brought in $17.85 million in 2017, good for 150 on the list. While that number topped HBCUs, it was just under $200 million less than top-ranked Texas. The majority of that money, $10.12 million, came from the school itself. Student fees accounted for another $3 million of the budget.

The next highest spender, Alabama State, also hails from the SWAC. ASU reported revenue of $14.73 million, good for 178th among schools reporting. The bulk of that, $10.46 million, fell under “school funding.” That number includes athletic fees as it reported $0 in that category. It led the way in scholarship funding with a total of $5.3 million going to its student-athletes.

Norfolk State came in atop the MEAC with $13.65 million in revenue, good for 184th in the country. Nearly half came via student fees, $6.28 million, while another $4.2 million coming from school funding. Its ticket came in at just $427k but it held it down in licensing fees, coming up with $1.94 million, second among all HBCUs reporting.

Right on NSU’s heels was its neighbor from Durham. North Carolina Central actually made money according to the data. Well, sorta. NCCU reported revenues of $13.56 million while expenditures came to be $13.02 million. The school contributed $3.64 million on top of $4.66 million in student fees.

North Carolina A&T reported the second highest overall ticket sales, with $1.16  million of its $13.07 million coming at the ticket gate. The school’s $7.39 million in student fees was the second highest among HBCUs. That represents an increase of over $3 million in that category since 2010.


Morgan State took the cake in terms of student athletic fees. The overwhelming majority, $8.68 million, of its $11.02 million revenue came from its students.

FAMU came up with more outside contributions than anyone else, receiving over $1.4 million in this category. No one else topped a million, as the next closest was NCCU.

Jackson State was the top school in licensing revenue, pulling in over $2.2 million of the $9.46 million it generated. Coppin State came in last with $103k.

Alabama A&M reported the lowest revenue of all schools, pulling in $3.29 million while spending $9.64 million. It spent $3.43 million on scholarships, more than six other SWAC schools, including Grambling, Jackson State, and Southern.