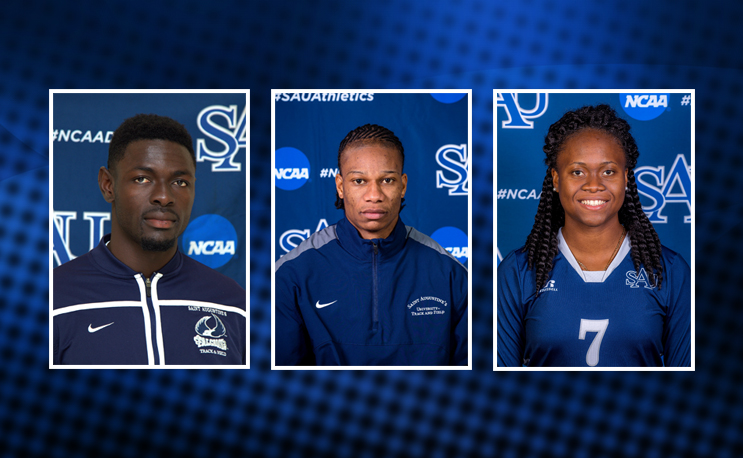 Both Johnson and Rowe, who are key members on the Falcons men’s track and field team, graduated from Saint Augustine’s University this month. Johnson, who received a physical education degree, finished with a 3.40 GPA and enters this weekend’s NCAA Division II Outdoor Championships as the nation’s third-ranked runner in the 400-meter dash. He also is ranked 17th in the 200-meter dash and is part of the eighth-ranked 4×100-meter relay team.

Rowe, who earned a criminal justice degree, has a 3.32 GPA and is the nation’s top-ranked 400-meter hurdler heading into the NCAA DII Outdoor Championships. Rowe is also ranked ninth in the 110-meter hurdles and is a member of the top-ranked 4×400-meter and eighth-ranked 4×100-meter relay teams. Both Rowe and Johnson led the Falcons to their 20th consecutive CIAA indoor and outdoor crowns this season.

Hall, who majors in business administration, has a 3.95 GPA which was fourth-highest among the 10 all-district female selections. The Lady Falcons standout won her second CIAA indoor Pentathlon title and was named CIAA Women’s Indoor Field MVP this season.

CoSIDA is the acronym for College Sports Information Directors of America.