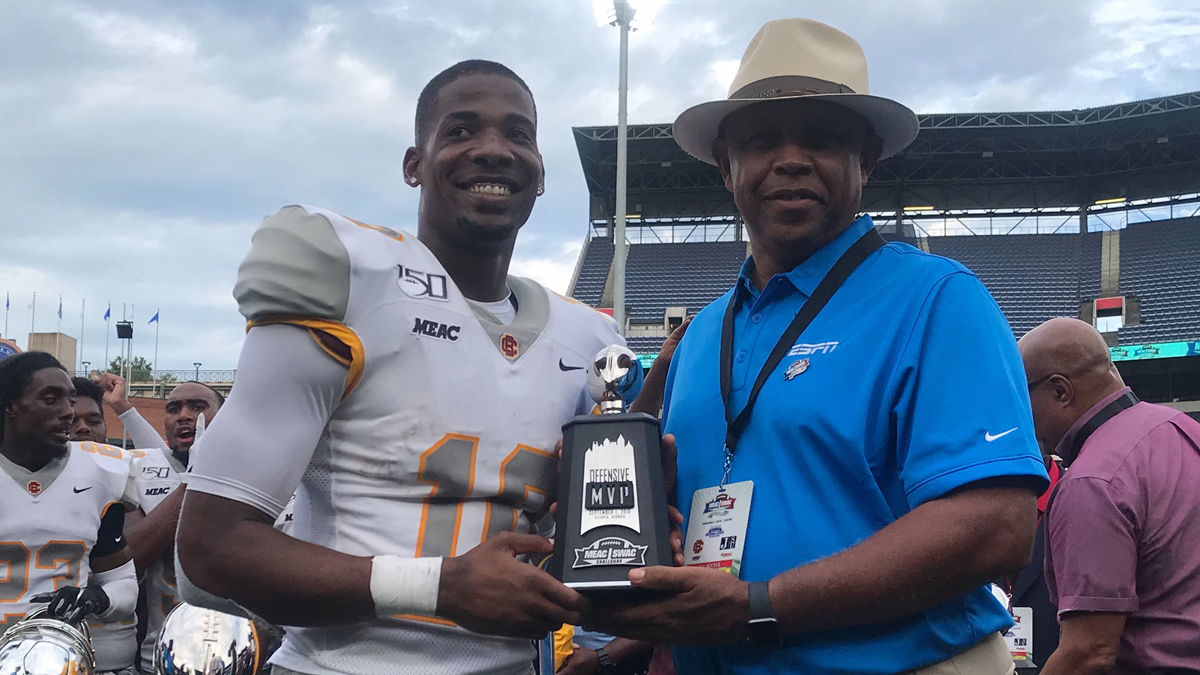 The 2019 MEAC/SWAC Challenge started slow but picked up intensity after Jackson State’s mascot ran up on Bethune-Cookman.

It may be a stretch to say that a mascot impacted the result of a game, but if it ever has, it happened in the 2019 MEAC/SWAC Challenge.

Bethune-Cookman came up with a 36 – 15 win over Jackson State in front of a sell-out crowd of 23,33 at the Georgia State Stadium. The record-setting crowd watched a game that featured a big momentum swing after a strange penalty involving the JSU Tiger.

BCU scored 29 points unanswered in the second half following a bizzare sequence that included an unsportsmanlike conduct penalty by JSU’s mascot after he got involved in the game following a touchdown that put his team up 15-7.

“If it was up to me, he would be rolling, worming and elbowing for the next two weeks,” JSU head coach John Hendrick said.  “If I see him, I am going to tell him that.”

Senior quarterback Akevious Williams led the charge for BCU. He completed 16 of 29 passes for 144 yards and one touchdown. He also rushed for 53 yards and a touchdown, winning the game’s offensive MVP while Trevor Merrit won the defensive offensive MVP.

“Guys knew that they had to step up and make plays,” Bethune-Cookman coach Terry Sims said. “We just refocused and came out to win the game.”

Quincy Casey, a freshman quarterback from Memphis, received the start of the game because of disciplinary issues from Florida Gator transfer Jalon Jones and Derrick Ponder.

“Quincy started had disciplinary problems with me during camp, and that’s why Quincy started the football,” Hendrick said after the game.

Jackson gave all three-quarterbacks a chance to take some snaps underneath center. JSU officials reported Derrick Ponder and Quincy Casey got injured and did not return the rest of the game.

Jones finished with one touchdown and two interceptions.