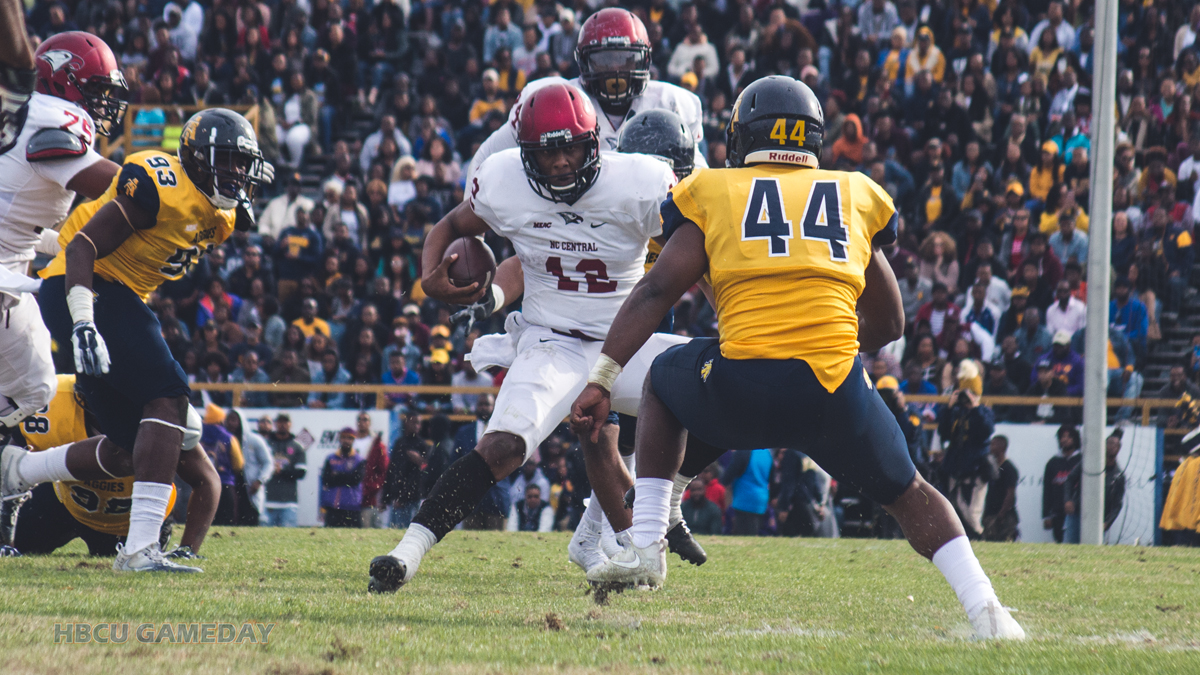 MEAC challengers Bethune-Cookman and NCCU will get the bulk of the conference’s ESPN coverage.

North Carolina A&T is the two-time reigning MEAC football champ, but it will have to win its way into more national exposure within the conference.

The MEAC announced its 2019 ESPN football schedule and Bethune-Cookman leads the way with four scheduled appearances.

BCU will kick off the season on The Four Letter Network with a matchup against Jackson State in the MEAC/SWAC Challenge on Sept. 1 in Atlanta. It will also host MOrgan State on ESPN3 on OCt. 5 and then travel to Durham, NC to face NCCU on OCt. 10 in a game that will be shown live on ESPN3. Its final scheduled contest is the Florida Classic when it takes on FAMU live on ESPN News.

North Carolina Central gets three appearances out of the gate despite a 5-6 record last year. The first will be the matchup against BCU, followed by a Nov. 2 matchup in DC against Howard to be shown live on ESPN3. And for the fourth year, NCCU will face off against arch-rival NC A&T on Nov. 21.

A&T is slated for two appearances. The first is a Thursday night game in Greensboro against Delaware State that will be broadcast live on ESPNU. The second will be its annual matchup with in-state rival NCCU in Greensboro on Nov. 21.

No other team is slated for more than one appearance, but that could change . The conference has a total of two wildcard games to be handed out at a later date. The first is October 12th and the second is Nov. 16. Both games will be streamed live on ESPN3 and later shown on ESPN3.

Please be advised that all games scheduled to be televised later are subjected to change.