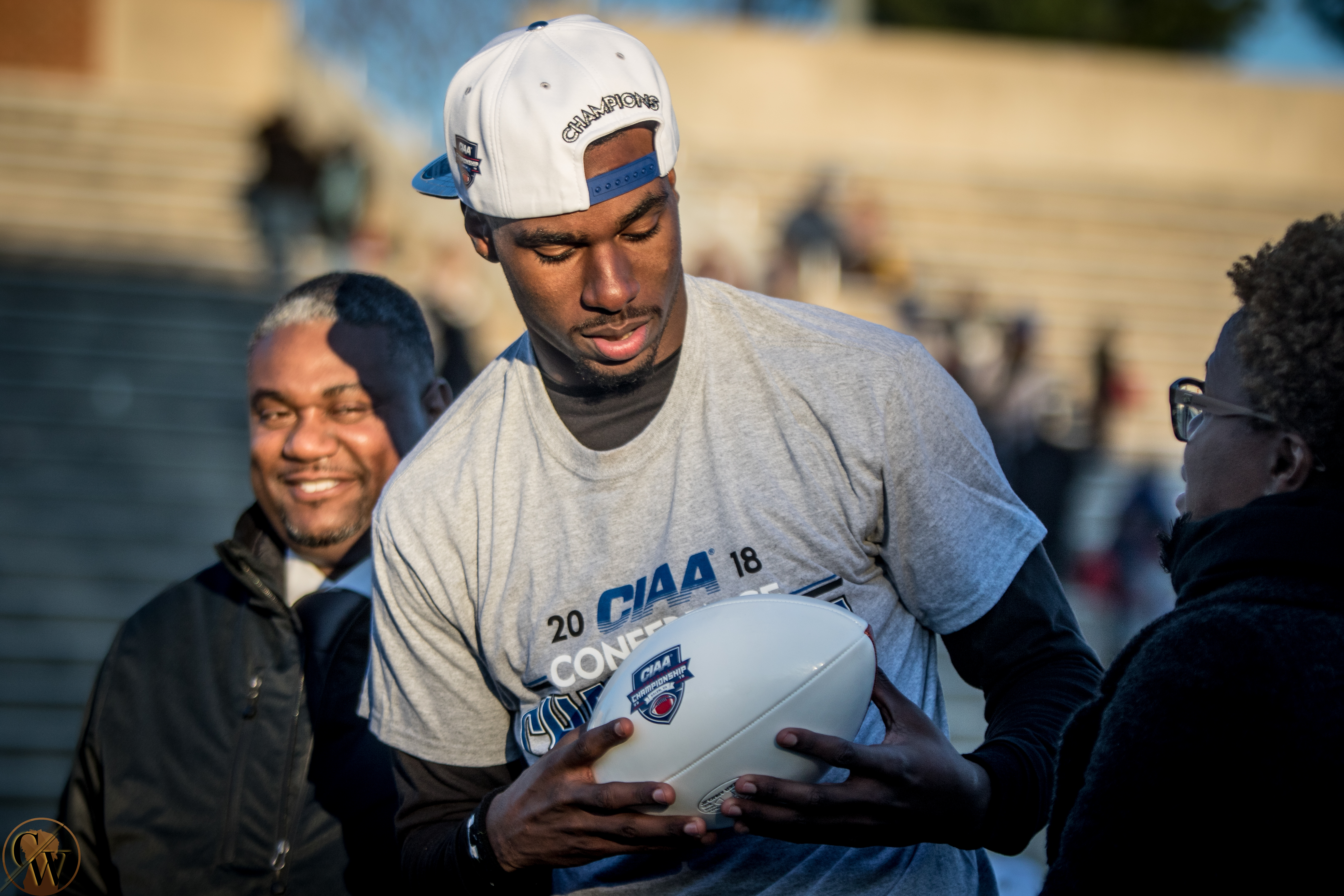 Hall also won the Black College Player of the Year award in 2017 after throwing for over 3500 yards and 41 touchdowns.

In his senior season, Hall led the Bulldogs to a 10-3 season and their first CIAA Football Championship. Hall also broke the CIAA record for career touchdown passes during the game against Elizabeth City State.  Hall led the division in passing yards with 2,992. He also threw for 23 touchdowns.

Hall recently participated in the NFLPA Bowl on January 19th. While he only received one snap, he follows in the footsteps of HBCU alumni Tarik Cohen, Trent Cannon and Brandon Parker, who were drafted after being invited to the NFLPA bowl.

Hall and Cohen (2016) are the only two winners of the award. Hall was also recognized as the HBCU Gameday/Protect Your Skull Offensive Player of The Year for the second year in a row.