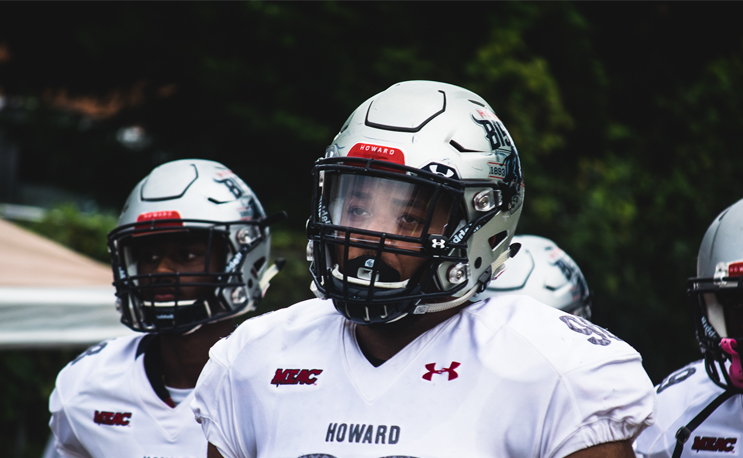 Will anyone play defense when Howard and Delaware State meet up

Howard’s defense still has a lot to prove as it comes into its home opener on Saturday against Delaware State.

What: Delaware State at Howard University
When: Saturday, Oct. 13
Time: 1 p.m.
Where to watch: ESPN3

Howard (1-3) is coming off a heartbreaking loss to North Carolina Central in Week Six. Howard put up nearly 600 yards of total offense, including 381 yards through the air from Caylin Newton. Jacquez Ezzard contributed heavily with eight catches for 174 yards and three touchdowns while Kyle Anthony added nine catches for 147 yards. Unfortunately for HU, it gave up 528 yards and allowed NCCU quarterback Chauncey Caldwell to rush for 153 yards.

Delaware State had the misfortune of catching a North Carolina A&T team who was just finding its stride after getting off to sluggish starts in back-to-back games last week. It resulted in a 34-6 loss which is actually only the second worst point differential in its five losses to open the season.

Jacquez Ezzard averages 22.7 yards per catch through four games and is on pace to eclipse 1,200 yards receiving. Delaware State allows 49.8 points per game, while scoring just 11.6 points per game. And 21 of its total 58 points came in the second half of a Norfolk State game that was already decided.

Howard is coming off a tough loss and finally getting to play its first game at home in mid-October. Delaware State in the latest stage of a decade-long rebuilding project, and with its porous defense, things could get ugly at Greene Stadium. This game is probably more important for the battered Howard defense, though, as it has given up 41.5 yards per game through the first four games, diluting from an offense that scores 30 ppg. If DSU’s offense can exploit it like the first four opponents, HU will be looked at as a pretender instead of a contender.

Will anyone play defense when Howard and Delaware State meet up