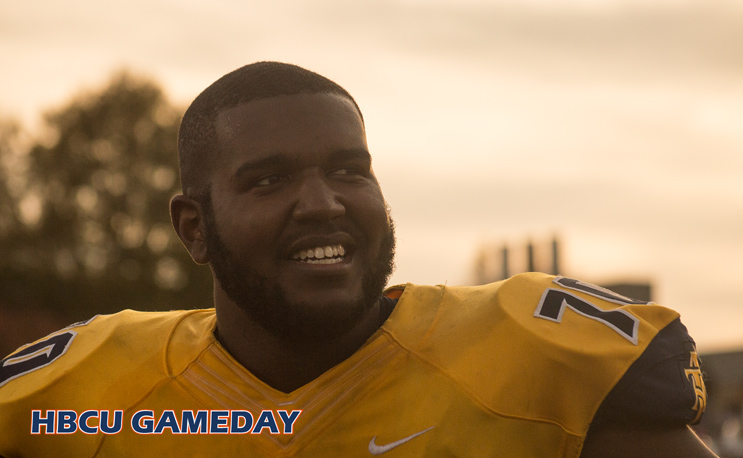 Three HBCU stars, including our National Defensive Player of The Year, invited to NFL Combine.

The NFL Combine Invites are out and a total of three players from HBCUs will get a chance to impress scouts at the NFL Draft’s big showcase.

Johnson, a three-time all-SWAC selection, finished his career with 18 interceptions. He averaged 17.3 yards per punt return and impressed scouts at the Senior Bowl with his athletic ability and versatility.

Parker is a big-time recruit both in size, standing 6’7, 309 pounds, and in talent. He spent the first three years of his career blocking for Chicago Bears running back Tarik Cohen before protecting Lamar Raynard’s blindside as A&T went 12-0, winning the MEAC title, the Celebration Bowl and the HBCU national title.

Leonard, like Parker, was a dominant force in the MEAC in his career. The 6’3, 236-pound linebacker was named the MEAC’s Defensive Player of the Year his final two seasons, recording 114 tackles and 8.5 sacks and being named the HBCU Gameday/Protect Your Skull National Defensive Player of The Year following his senior season.


Parker and Leonard also proposed to their girlfriends before and after games late in the season.

A total of four HBCU products were invited to the NFL Combine in 2017.