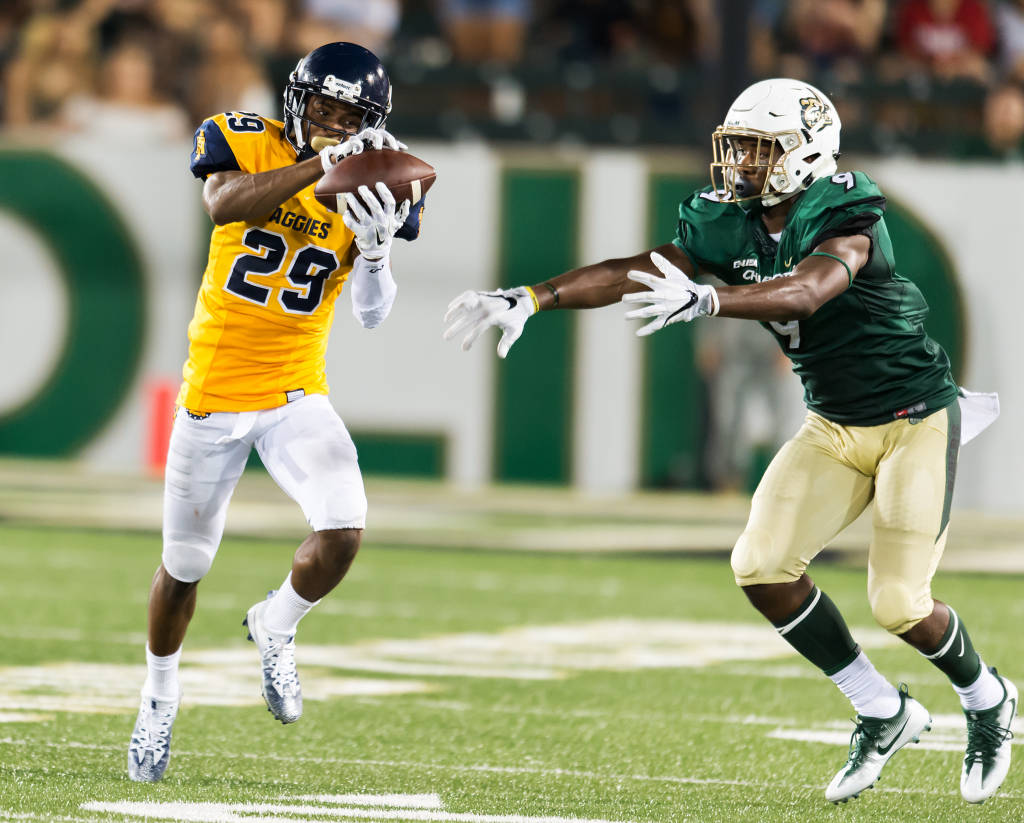 OFFENSIVE PLAYER OF THE WEEK

Cartwright ran for a career-high 176 yards on 17 attempts in North Carolina A&T State’s win over Morgan State. The High Point, N.C. native opened the contest with a bang as he recorded a 72-yard touchdown run on the second play from scrimmage while averaging 10.4 yards per carry. Cartwright finished the contest with eight attempts of six or more yards from scrimmage in only three-quarters of action on Saturday.

Parker was flawless on the field this past weekend as he did not allow a penalty or sack en route to a 514-yard offensive performance at Morgan State. With Parker leading the way, the Aggies rushed for 345 yards while averaging 7.2 yards per rush. The senior from Kannapolis, N.C. graded out at 90 percent and recorded three pancake blocks while winning the honor for the fourth consecutive week.

.@NCATAGGIES is 4-0 for first time since 1993. went into our archives to find this video from the '93 season @WFMY @ptwright @FOOTBALL_NCAT pic.twitter.com/2ozpGTzSjz

SPECIALIST OF THE WEEK