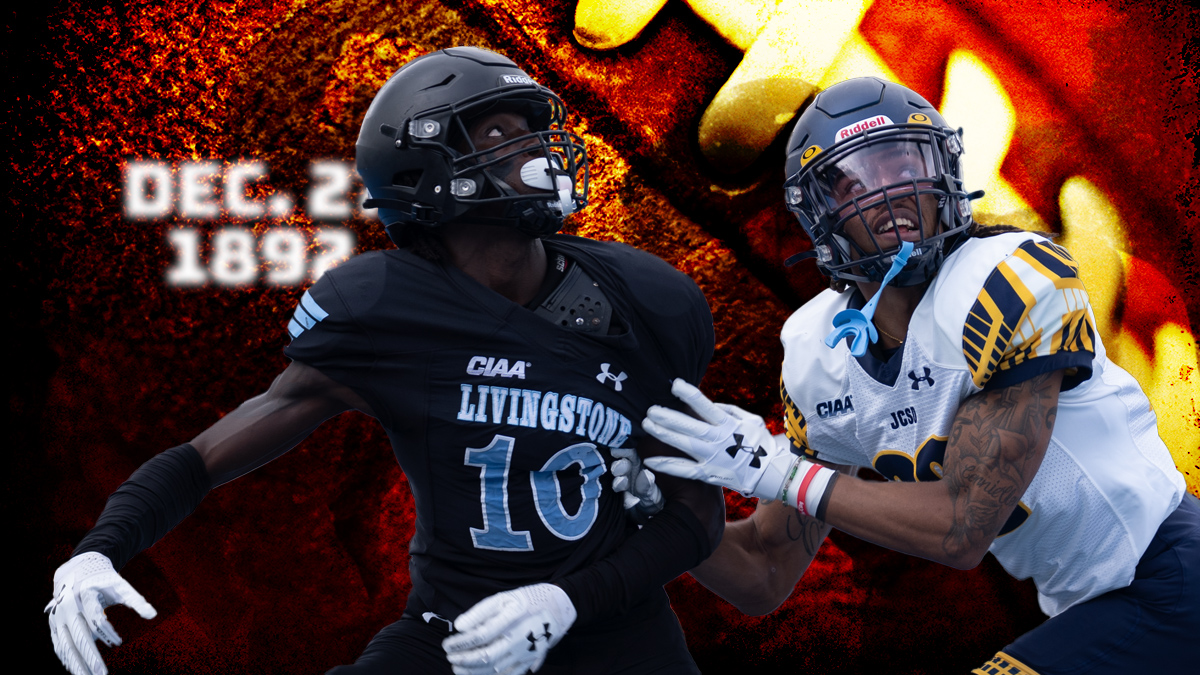 HBCU football was born on a cold, snowy day in Salisbury, North Carolina. Fourteen decades later, it remains a staple of college football.

HBCU football was born on Dec. 27, 1892. It was a cold, snowy day in Salisbury, North Carolina on the front lawn of Livingstone College. The visitors from Biddle University (now known as Johnson C. Smith University) came up from Charlotte. That’s a relatively short trek today — depending on what time you leave the Queen City to get on 85 North. But it was a much more difficult journey 130 years ago, especially in the winter.

But the young men from the two neighboring colleges were determined to play and in doing so broke new ground that is still being played long after they and their immediate descendants have gone from the physical form.

By all accounts, the game that was played that day was a far cry from the HBCU football that we know today. There was no band. No cheerleaders. In fact, most of the students had gone home for the Christmas holiday. The Charlotte Observer recorded the game with a three-sentence paragraph on Dec. 29, 1892.

“Walter Murphy was umpire and Peter Hairston referee of the football game between the Livingstone College and Biddle University teams yesterday afternoon. The game resulted in a score of 4 to 0 in favor of the Biddle University. The snow hindered the game.”

Fourteen decades and thousands of games later, North Carolina Central defeated Jackson State in the Celebration Bowl to close out yet another season of HBCU football. Millions watched as two teams played an exciting game that went into overtime with underdog NCCU beating Jackson State and Deion Sanders 41-34.

HBCU football eventually expanded from Delaware to Oklahoma, with dozens of spots in between. Many of the young men who would follow in the footsteps of the Livingstone and Biddle players have become the greatest ever to play the game. Perhaps more than that, though, the culture surrounding the game remains one-of-a-kind.

What makes HBCU football special? Here’s what some folks on Twitter had to say.

“HBCU football is my football foundation,” FAMU alumnus Keith Hadley responded. “The atmosphere is unmatched and the pageantry is next level. Especially when you have experienced Classics and Home games. I love the family atmosphere that is unique to HBCU football.

You could ask that question to a thousand people and probably get a thousand answers.

College football, at its core, is about passion, pride and pageantry — and HBCU football is its own special brand. It’s bigger than one school. One conference. One player. One coach.

By any measure — attendance, television ratings, cultural relevance — the football brand of historically black colleges is at an all-time high and only climbing higher. Here’s to another 130 years!